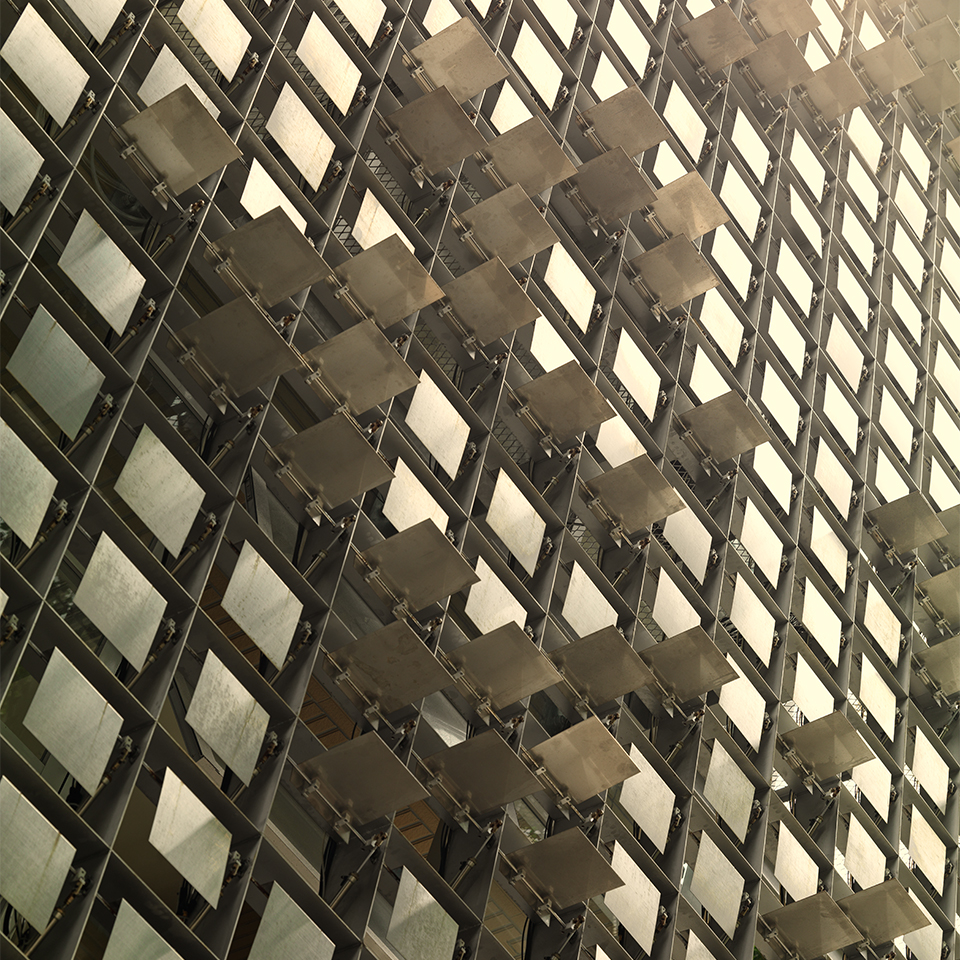 Flipmata is art installation permanently installed on the exterior wall of the building of National Taipei University of Business in Taipei. It was a collaborative project of noiz (architect), Kazuhiro Jo (sound artist) and Why-ixd (device engineering).
Architectural structures, patterns and sound are all seemingly separate phenomena, but they can be described in the similar information structure and algorithm through digital technologies.
Applying such information structure as platform, sound and movements of the physical structure can be inter-substituted intentionally.
Sound on the street is converted through MAX/MSP, Grasshopper and Processing to two-dimensional matrix that would constitute panel patterns.
More than 400 stainless steel panels are opened and closed by air pressure to generate a panel pattern, and then the pattern auto-generates new patterns continuously by Game of Life algorithm. Movements and reflections of the panels generate light and wind, engaging in dialogue with the surrounding environment. At the same time auto-generated patterns are converted to new sound, which is carried through parametric speakers and distributed back to the city.

Street sounds are digitally processed and converted into two-dimensional matrix, generating ever-changing flip patterns, and then transform into new patterns by Game of Life algorithm. Public interactive art installation on the college façade, generating a constant dialogue between architecture and the street environment. 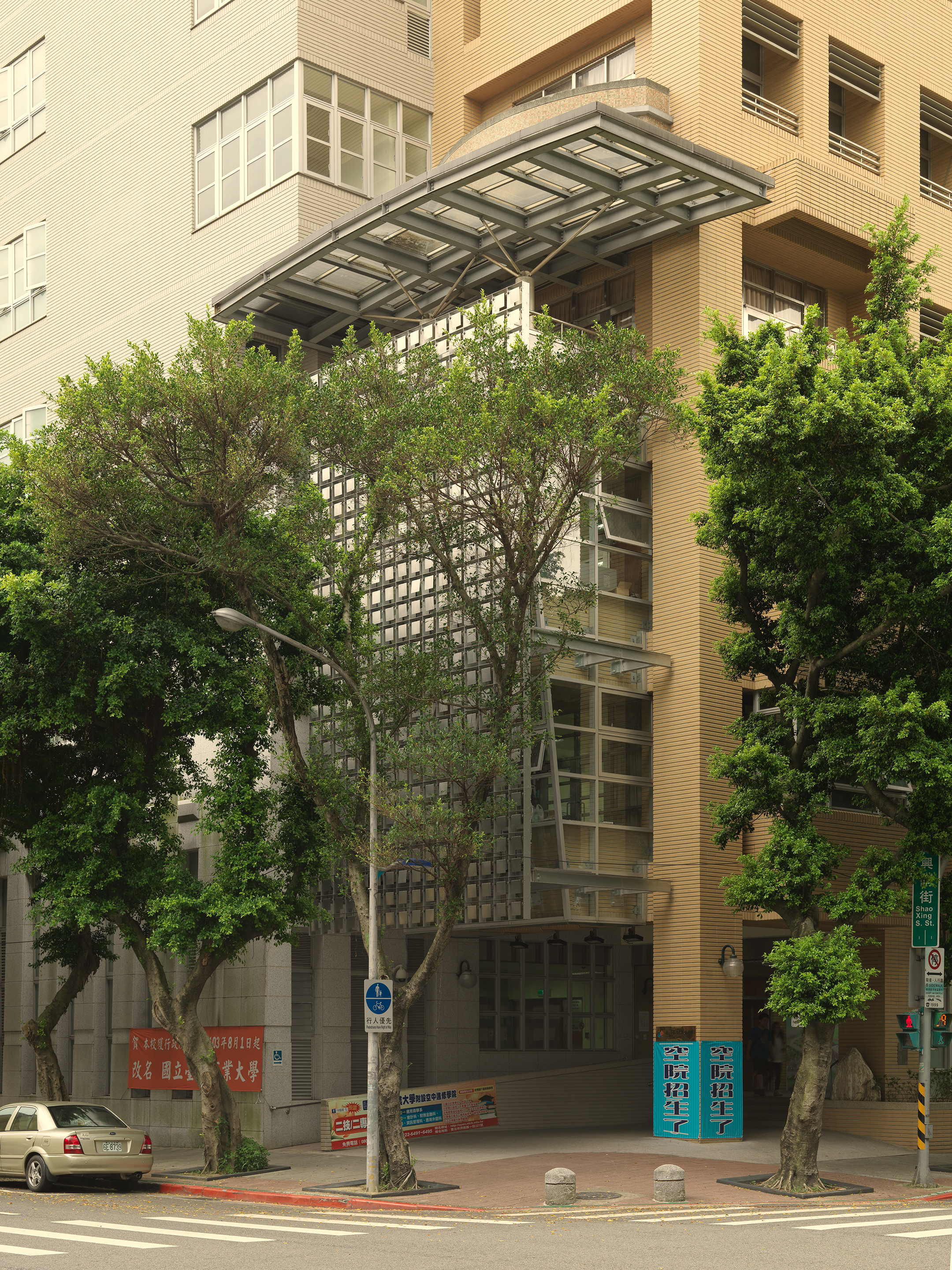 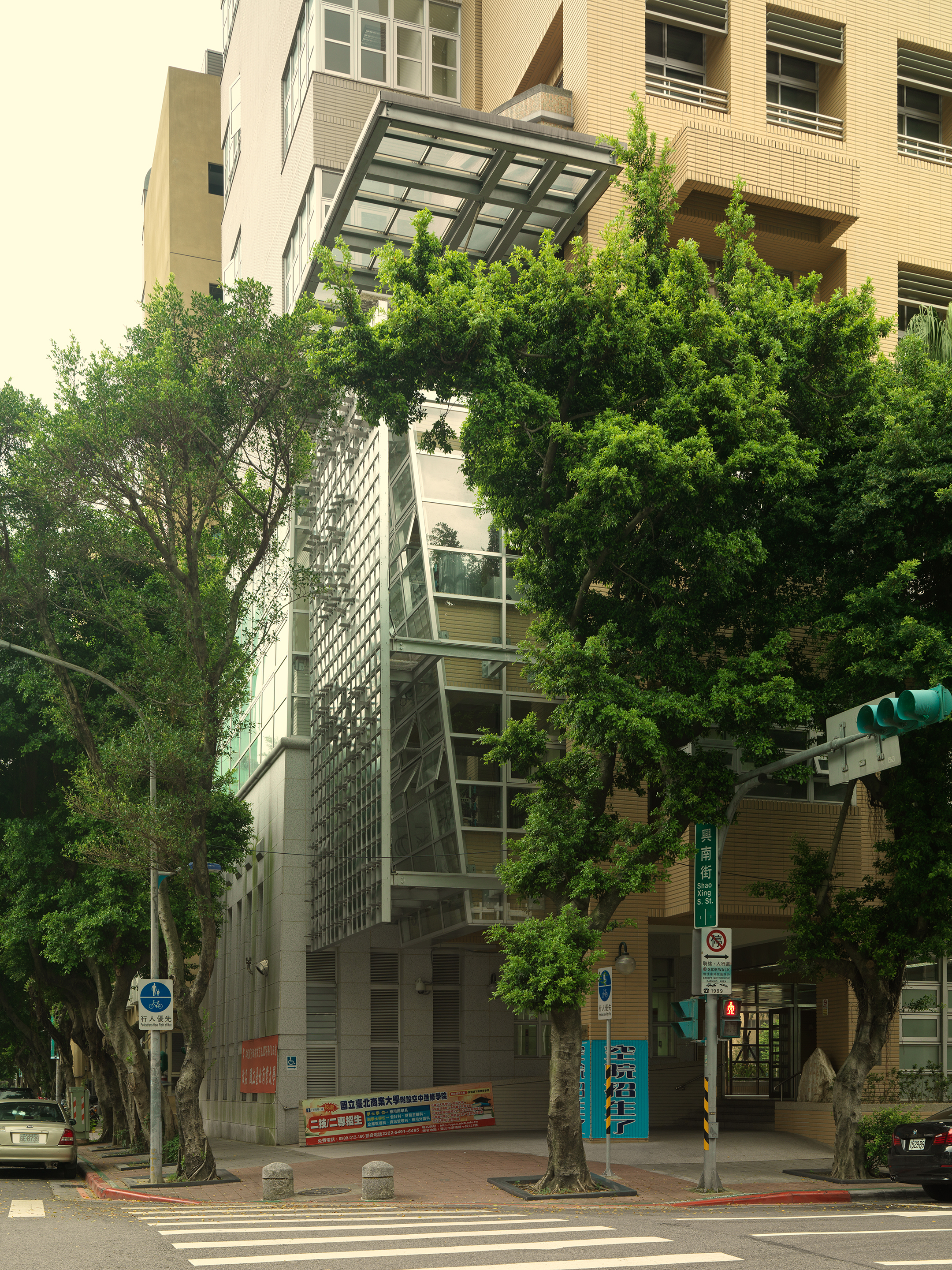 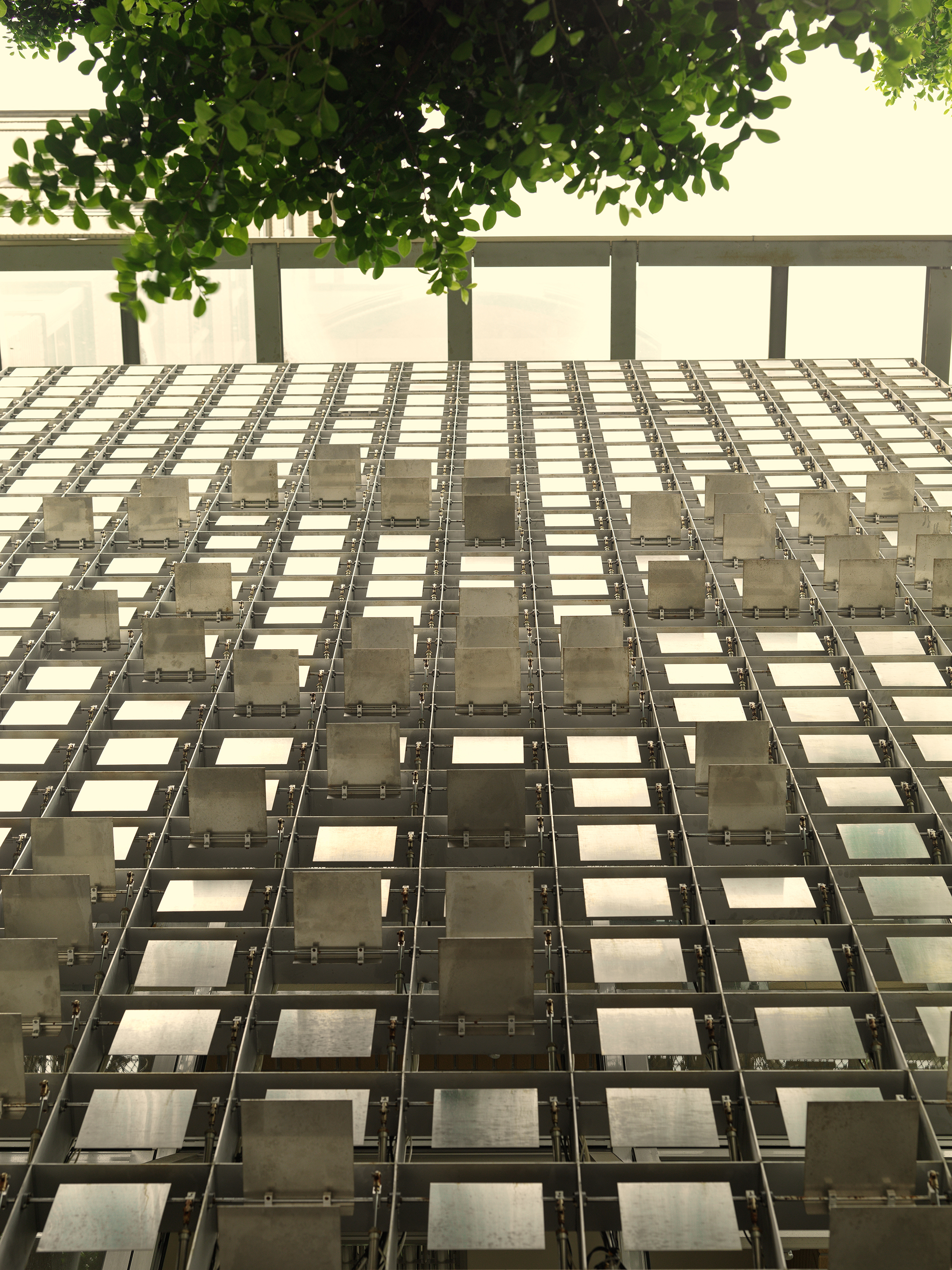 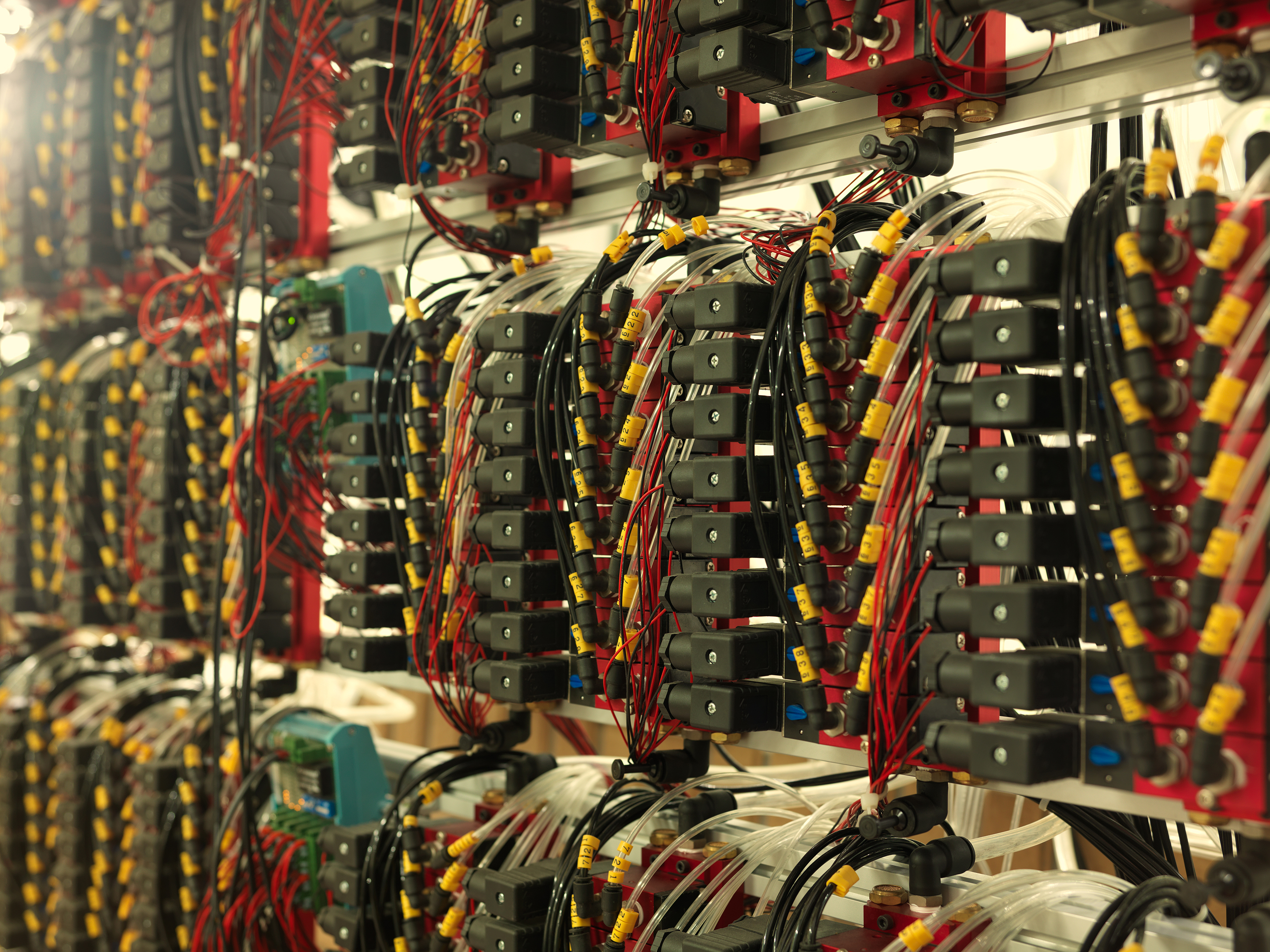 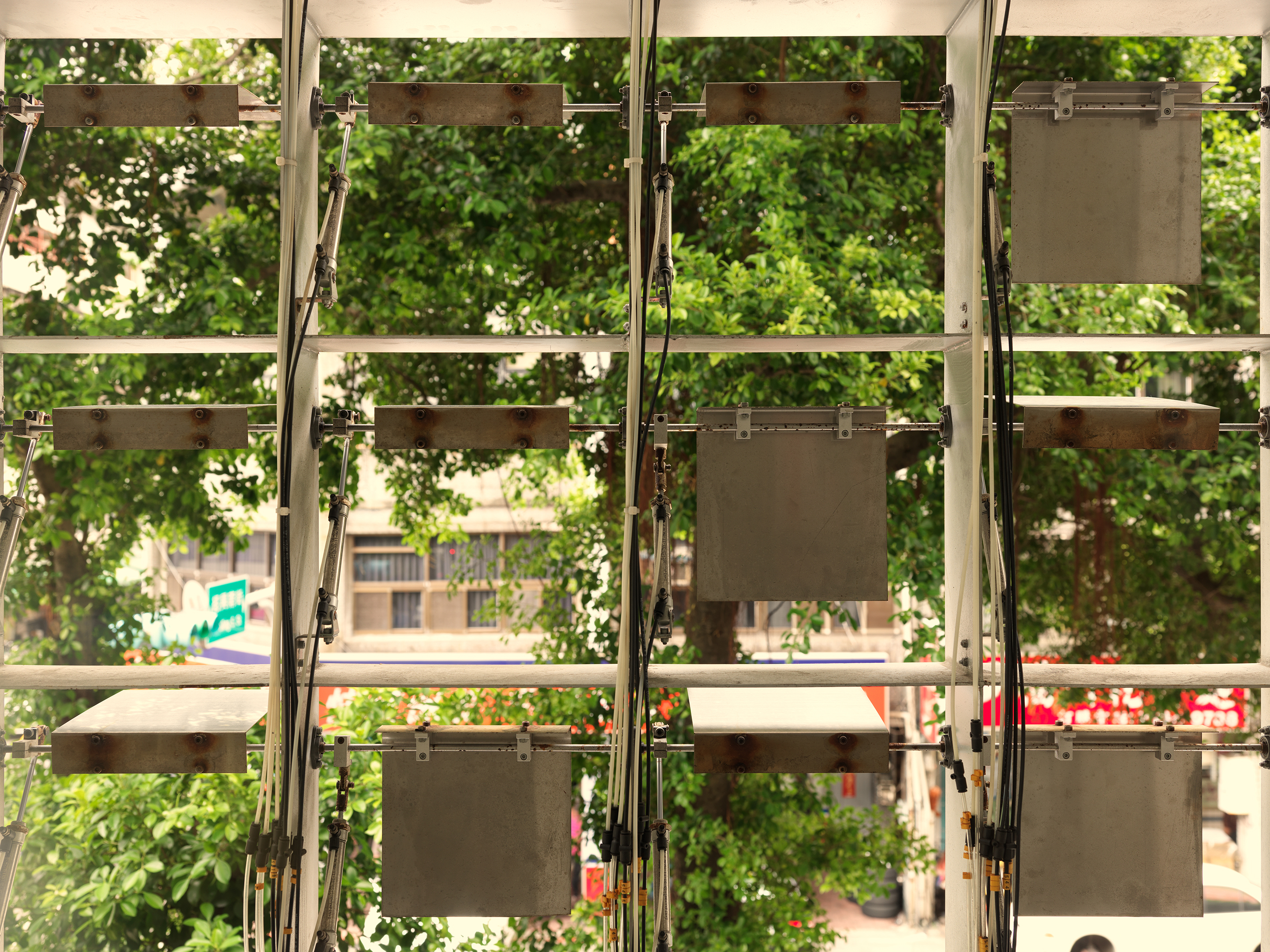 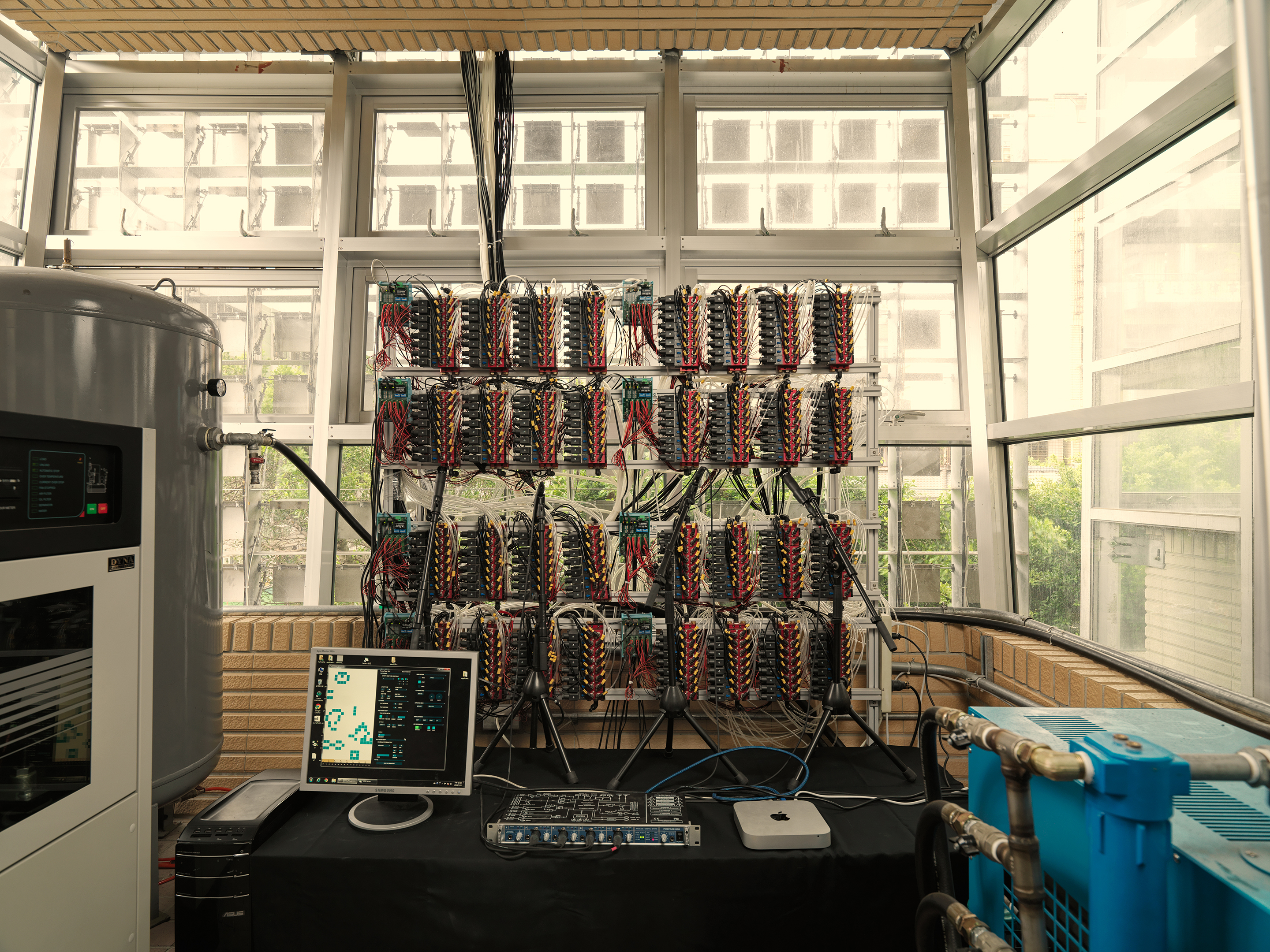 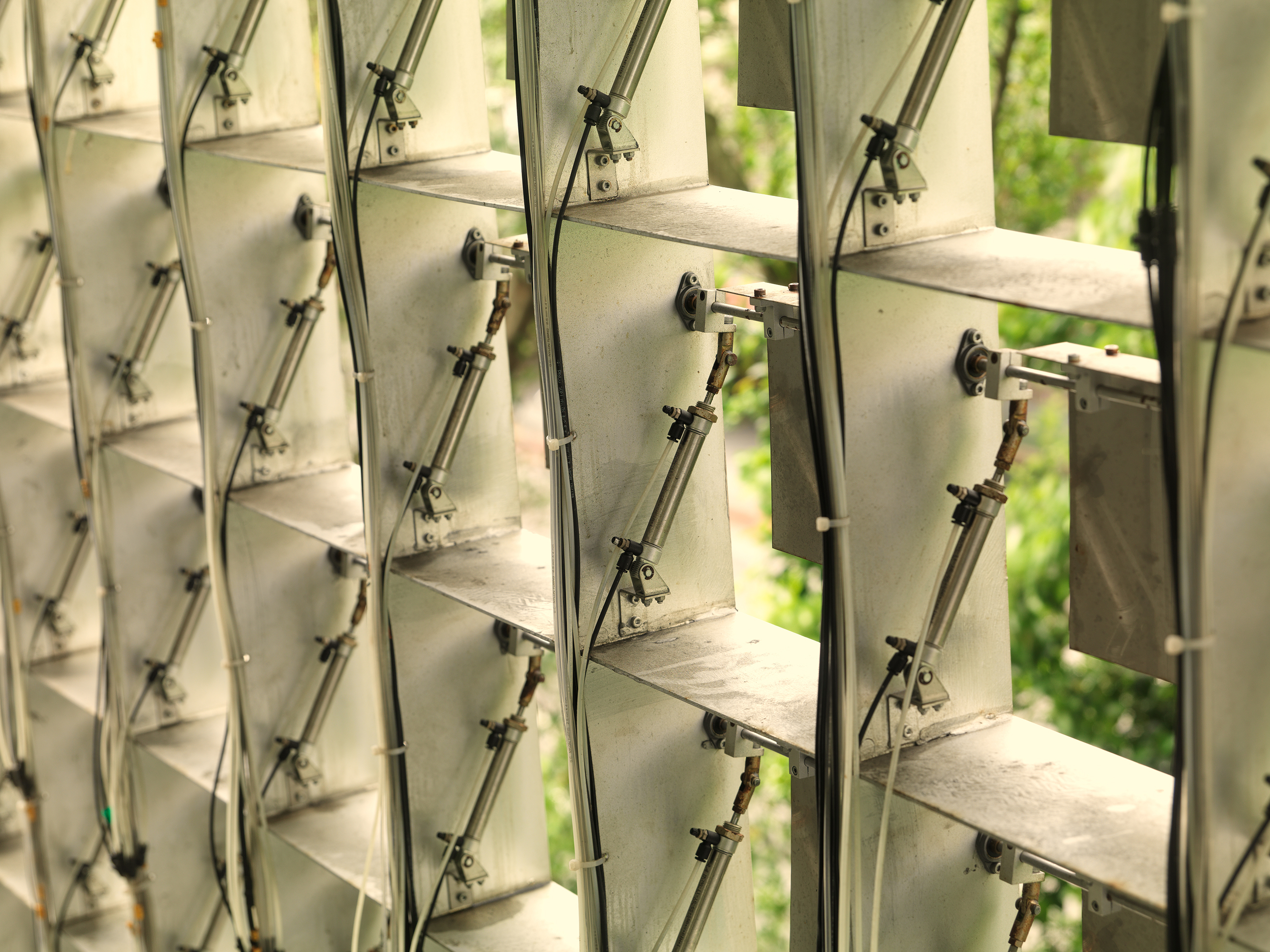 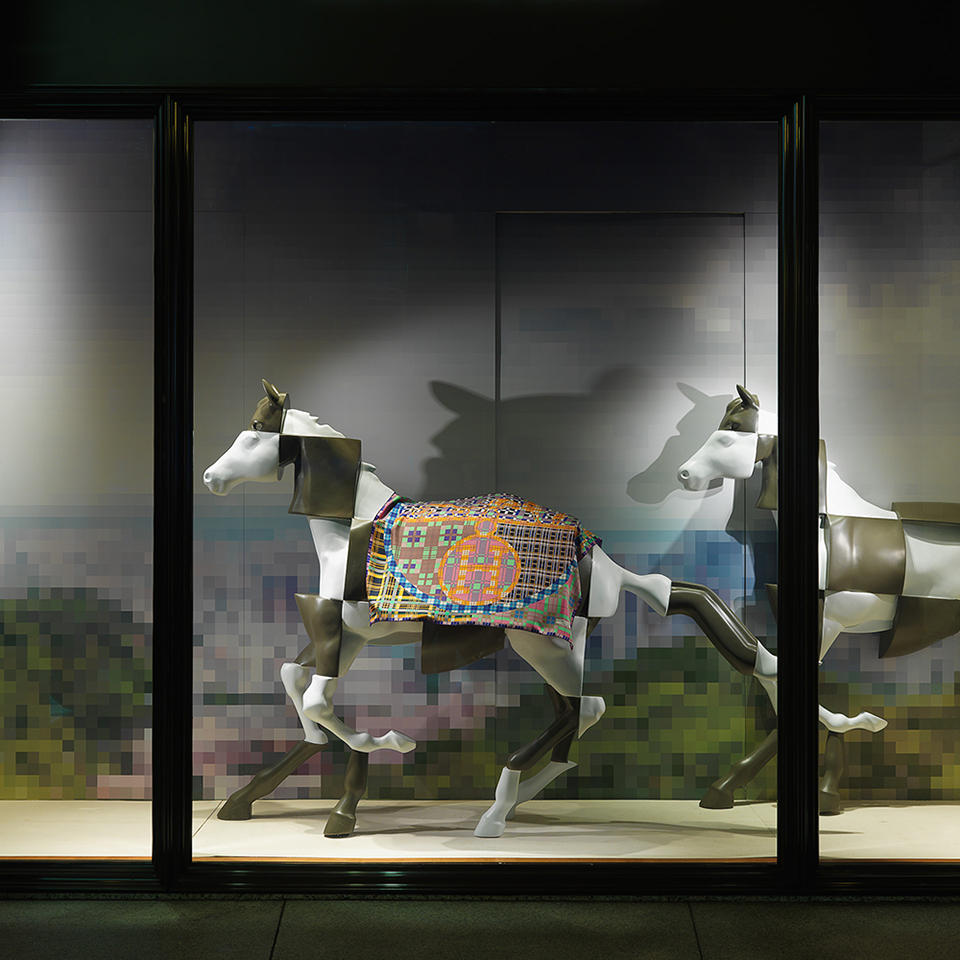 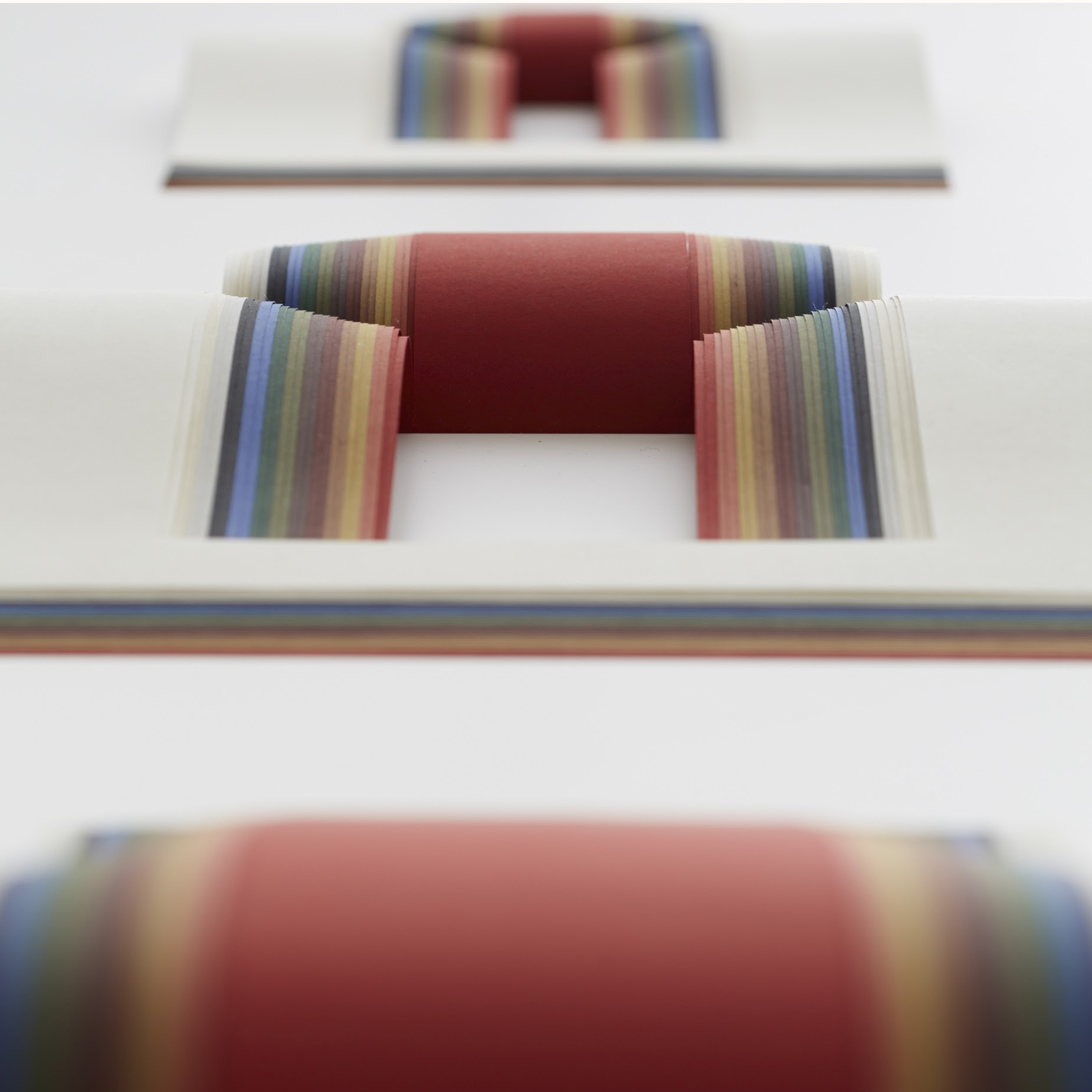 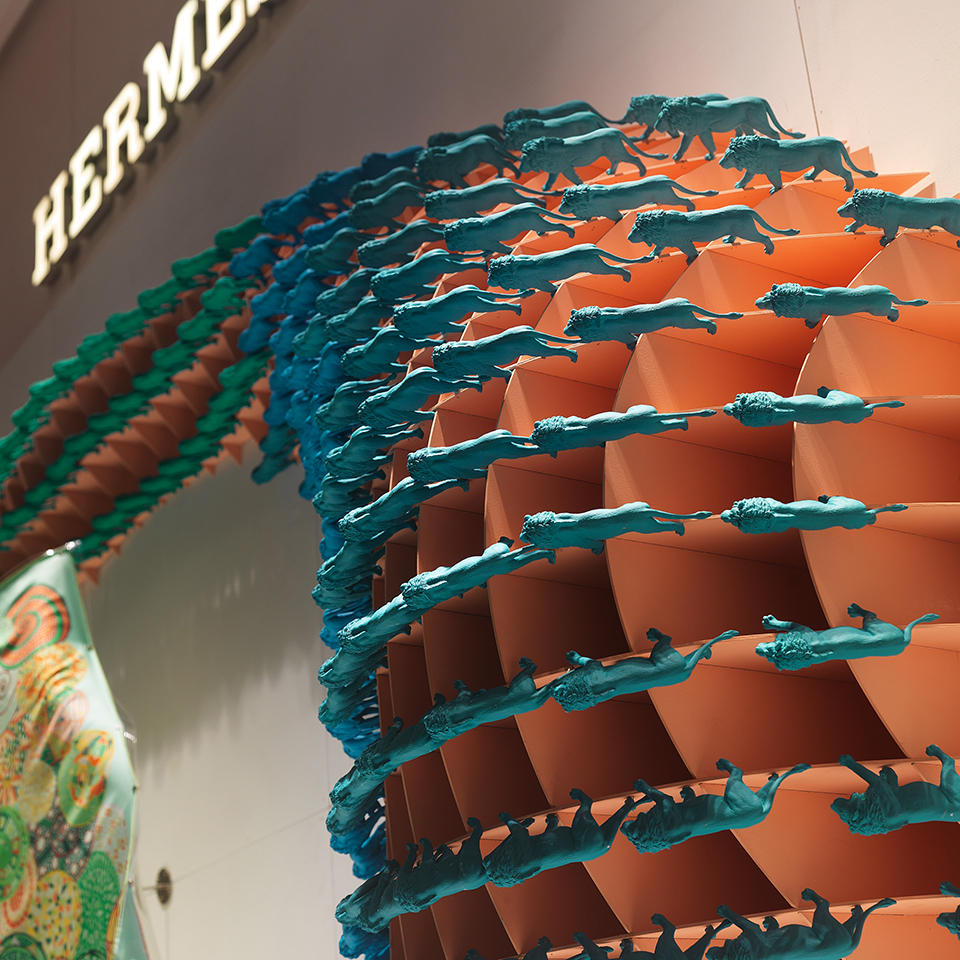