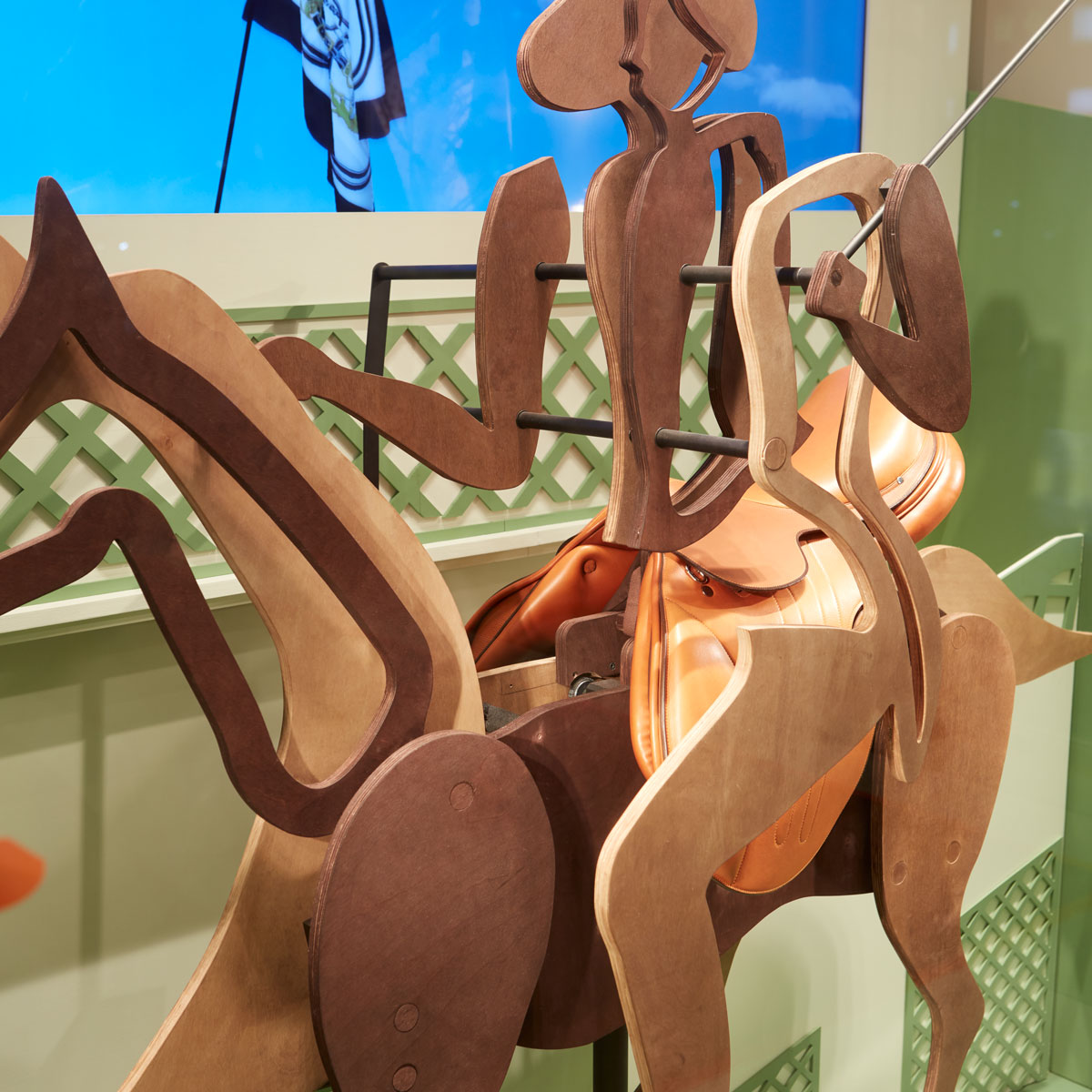 We were invited to design two interactive windows for Hermes reopening of their Sogo Fuxing Store in Taipei. The special window display's concept is inspired by the elegance of movement an intrinsic aspect of Hermes objects and the rooftop garden of the Hermes Faubourg Building. Both inspirations highlight the heritage and romanticism of the Hermes brand. Both windows depict a scenery of the legendary rooftop garden.
In setting up the design, we questioned the limit of most interactive windows, and we felt it wasn't enough to rely on digital contents for movement. Therefore, we went one step further to create balancing sculpture that could move in synchronization with digital contents. A passerby who triggers the interactive device would find surprise as be surprised as both display responds both physically and digitally. The first window features a mobile horse and a rider holding flags made of the most classical Hermes Scarf design Brides de Gala. The rider and its backdrop depict the iconic rider statue that anchors the corner of Hermes rooftop garden in Paris. While the front flag is real, the back flag is indeed digital. Once triggered by a passerby, technology allows both flags to sway together as the horse starts moving. Swarms of hearts would subsequently fly toward the digital scarf and form the Love edition of the Brides de Gala. The window design simultaneously speak about heritage and the new interpretation of classics. The second window features a mobile tree also inspired by the magical greenery of the Hermes rooftop garden in Paris. Similar to the horse window, the tree is designed to move as if its branches are swaying in a breeze, once a passerby triggers the interactive device. A Hermes Bolide Picnic bag sits on a nearby bench with a garden themed Fleurs de Giverny scarf extending out from it. As the tree sways,bunches of vibrant flowers floats towards the tree as if they came out of the scarfs garden imagery. A magic moment is formed the boundary between physical and digital contents become blurred. 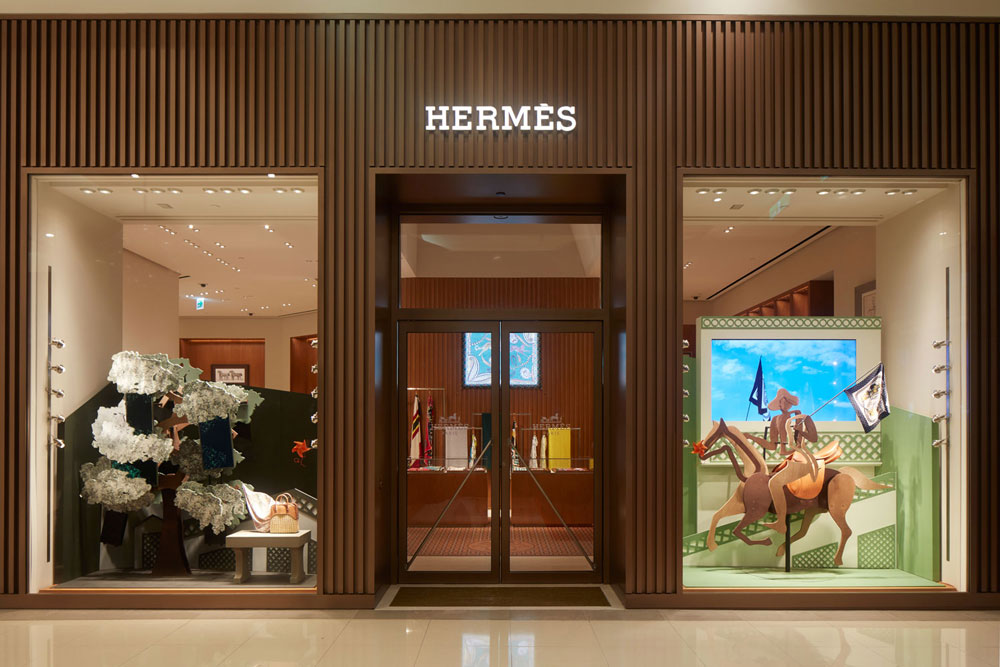 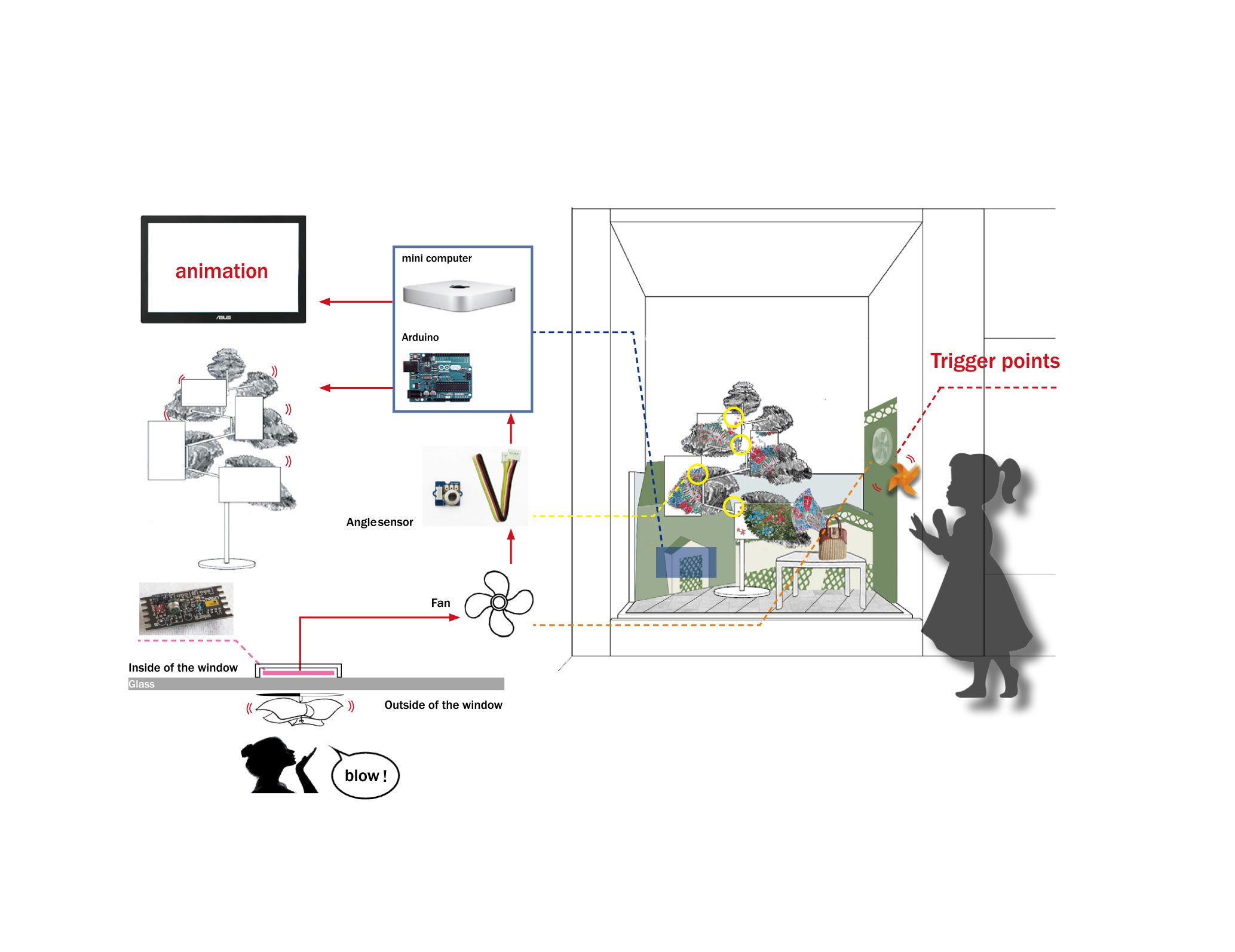 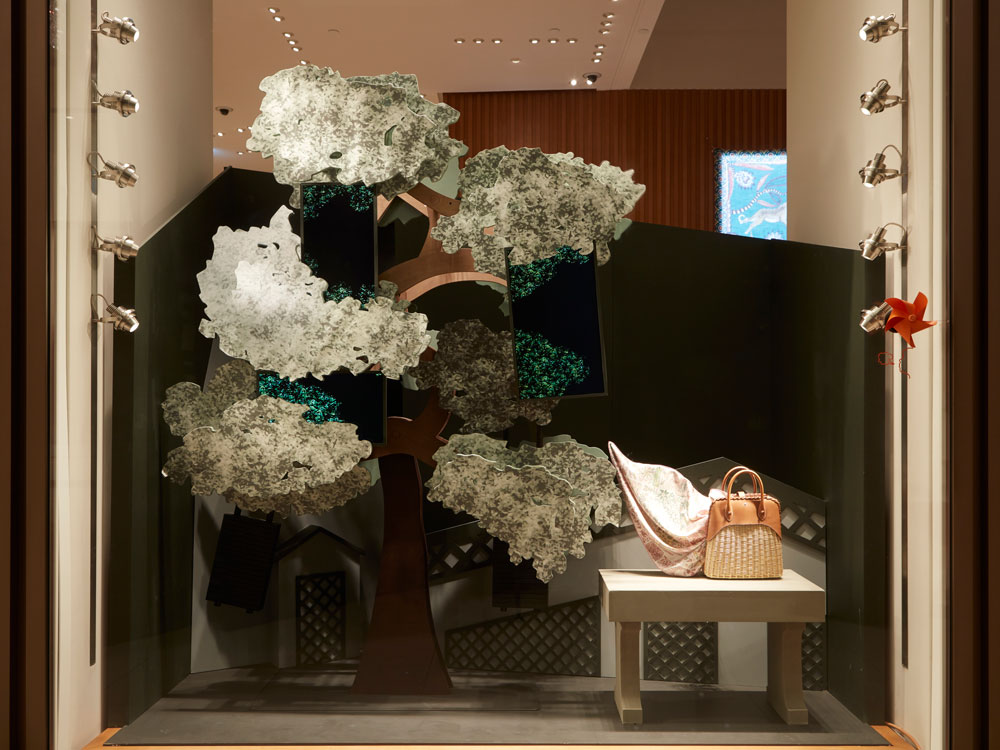 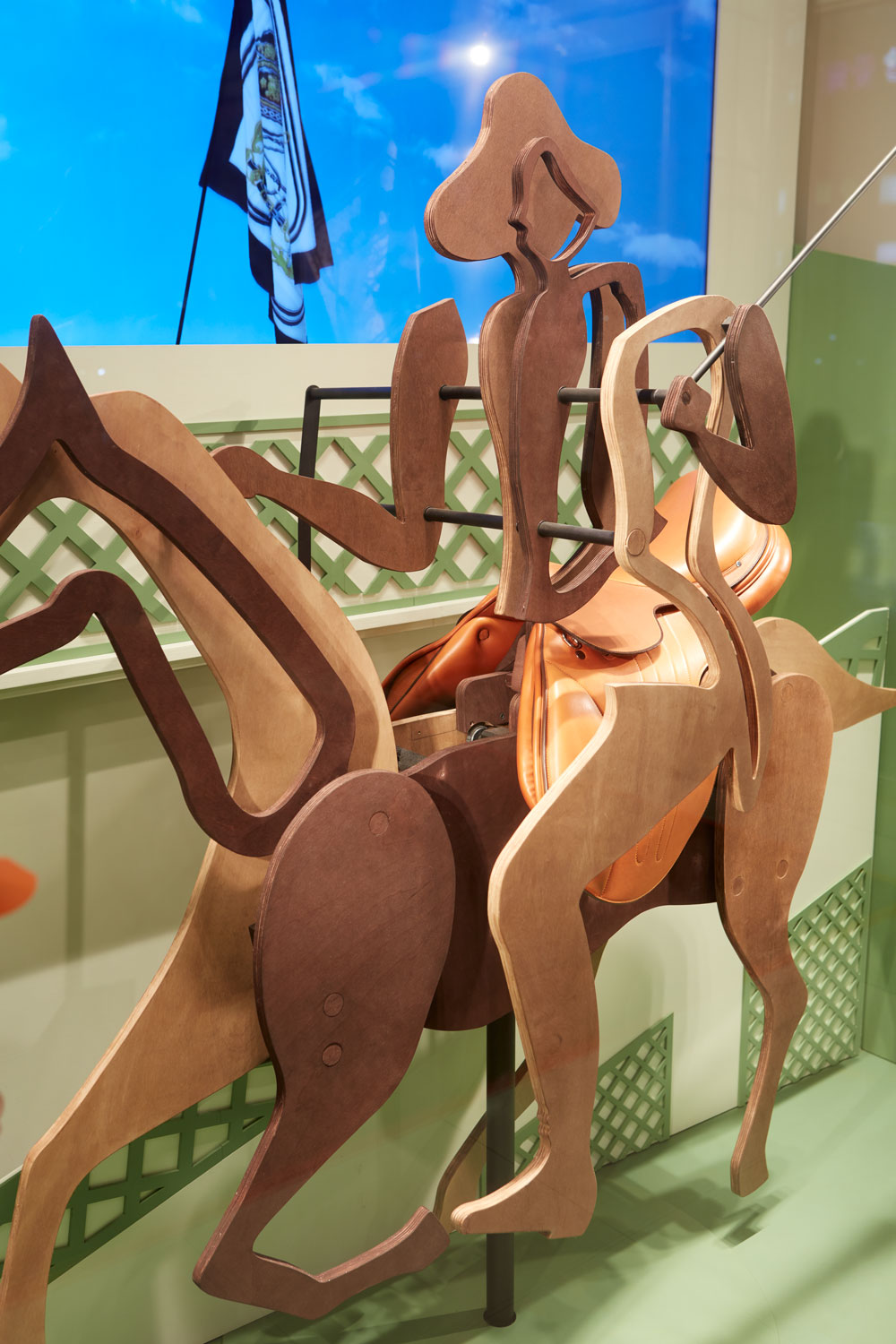 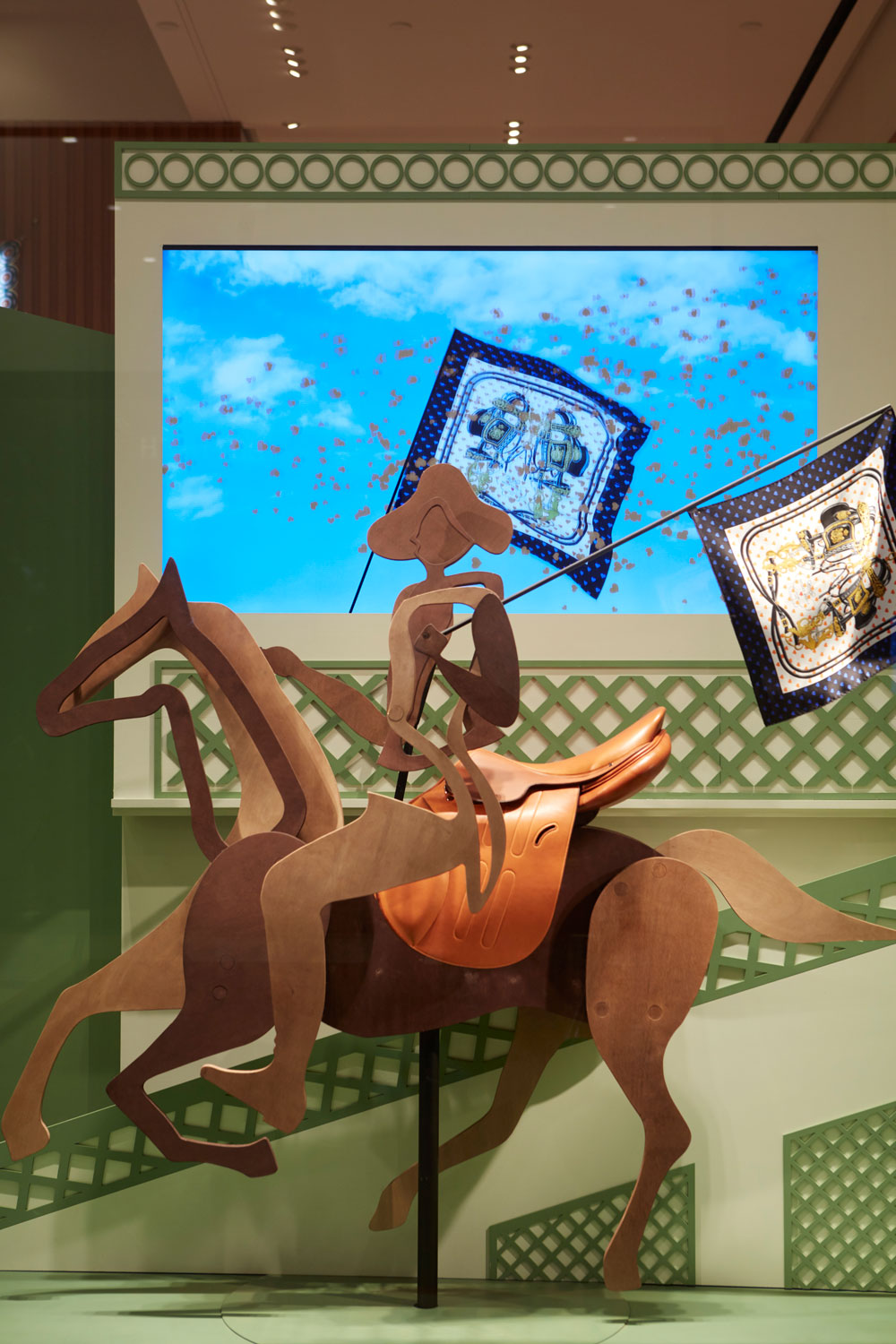 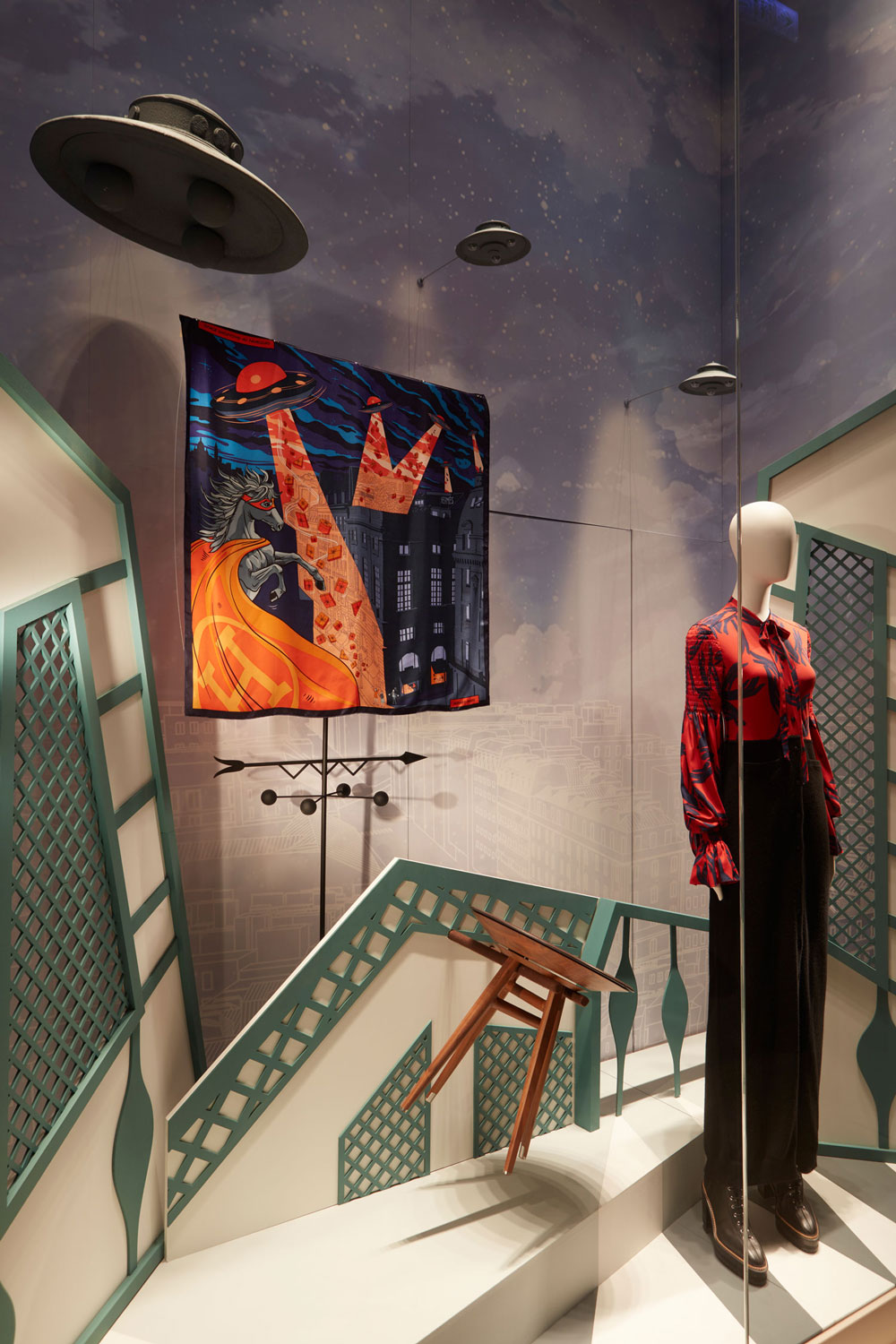 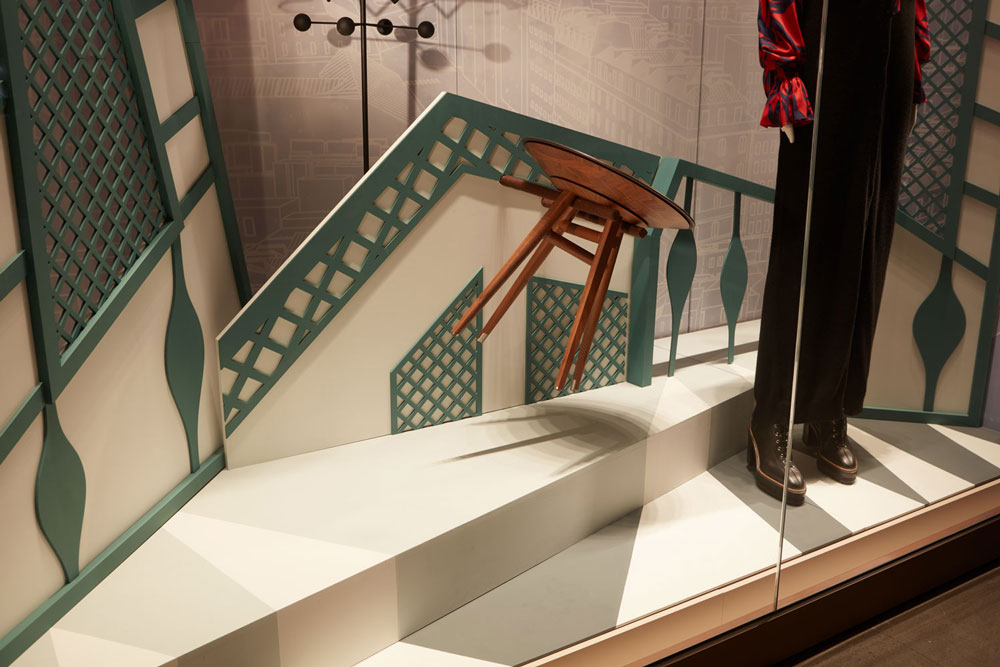 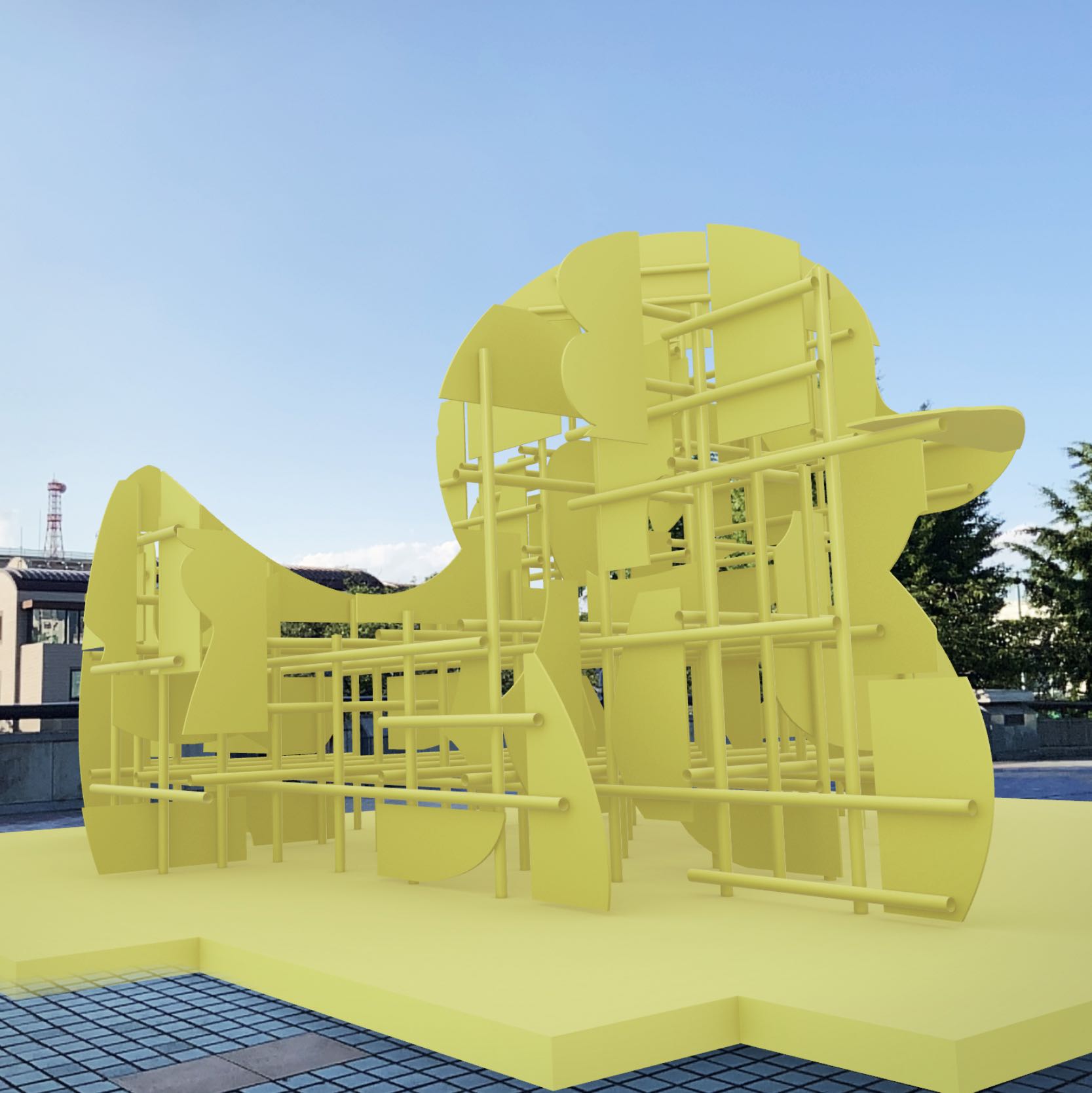 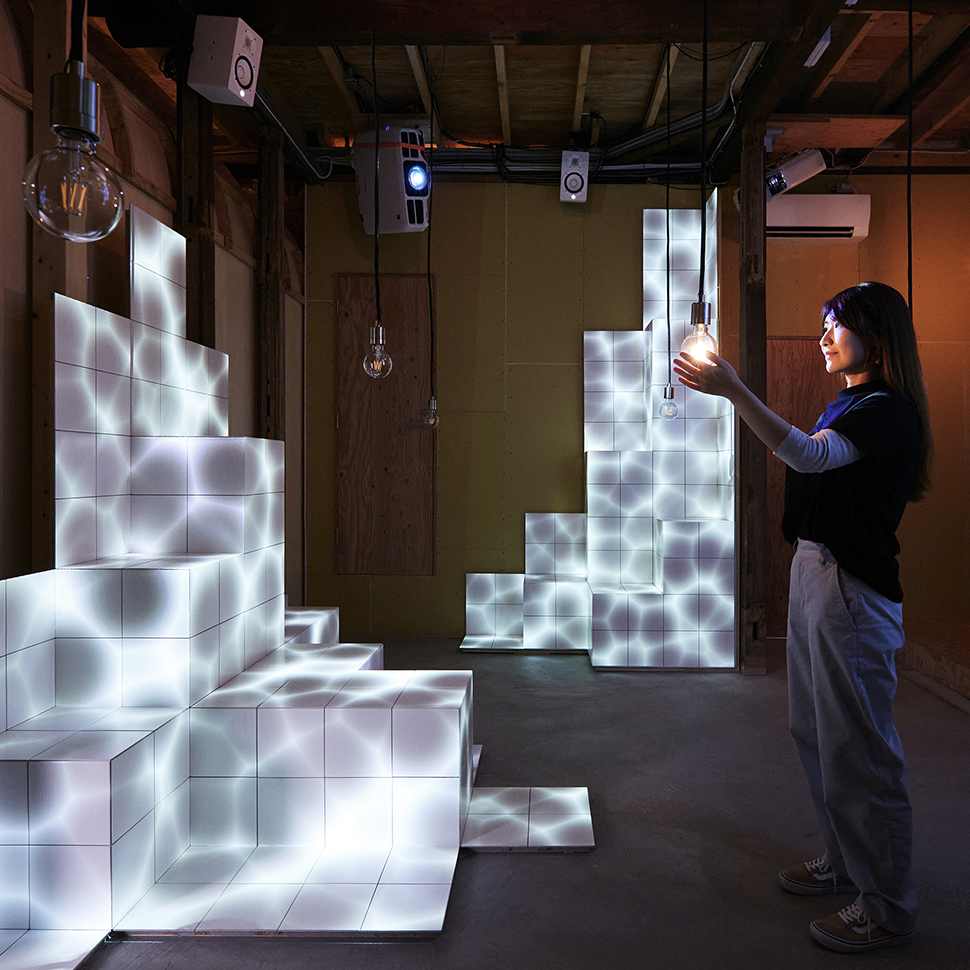 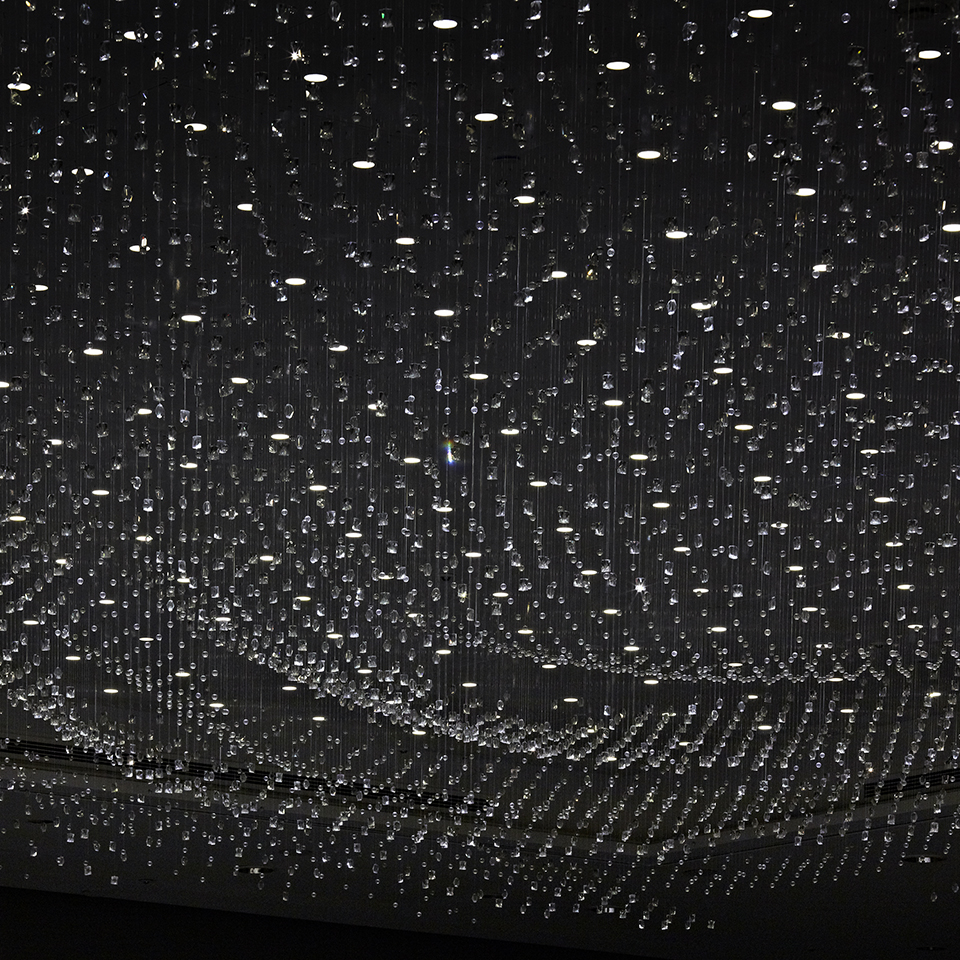