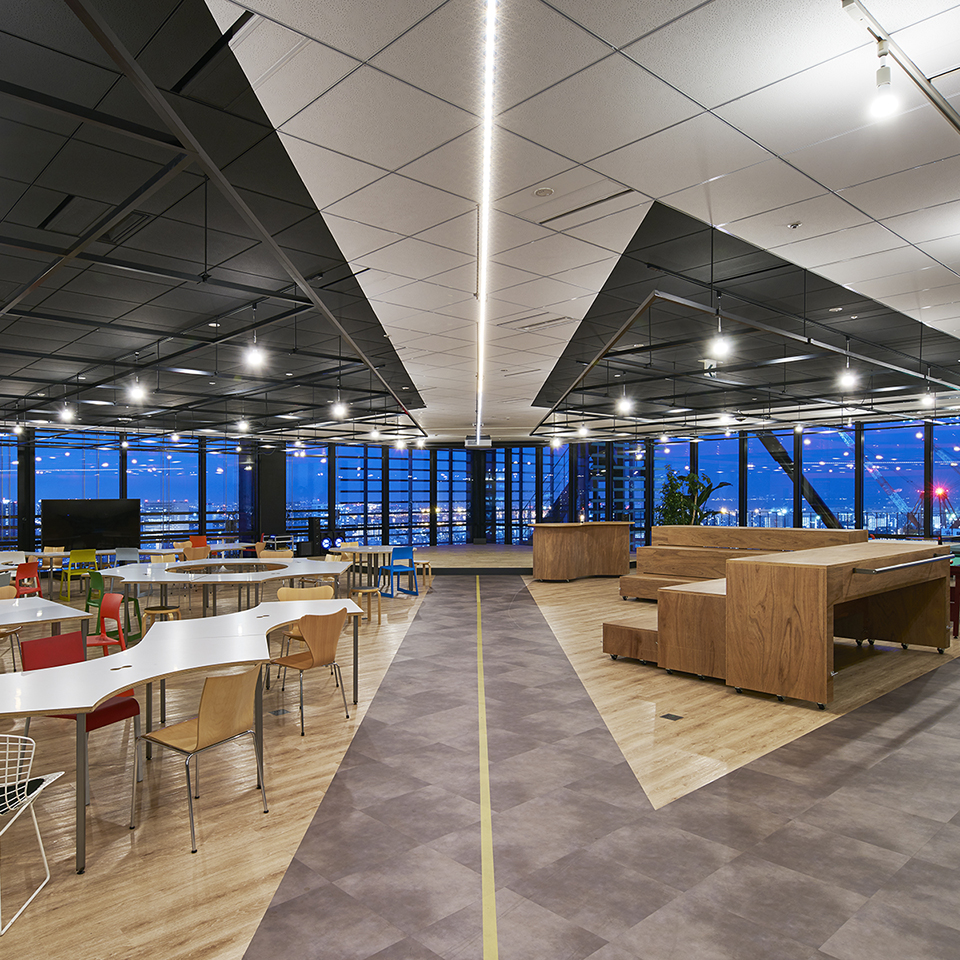 BRIDGE TERMINAL is a Sony’s internal co-working space on the 24th floor of Sony City Osaki, planned and managed by volunteer employees who are in various specialized fields.
By combining two key words, BRIDGE TERMINAL was named. BRIDGE represents Innovation created by connecting Things and Things, Ideas and Ideas and Human and Human. TERMINAL represents Center of communication network, Haneda airport / JR Osaki railroad yard seen from Sony City Osaki, and Space with openness which each specialized fields are organically connected. We were inspired by the JR Osaki railroad yard spreading at the foot of Sony City Osaki and the Haneda airport runway seen at a distance, and aiming to create a space that reminds us of Terminal. With the runway as the axis crossing diagonally from the entrance to the stage, we arranged two space, one of which called LAB WING for meetings and learning on the left hand, and the other of which called LOUNGE WING for relaxation on the right hand. The Ceilings of both WING were painted, and suspended grid ceilings at a height of 2550mm from floor. Painted ceilings and Grid ceilings can gradually segment runway and WING.
In addition to the multi purpose open space where employees can interact each other and take place lectures, we designed MAKER ROOM that can easily use digital fabrication equipment such as laser cutter, 3D printer, electronic machine tool, woodworking tool and also designed TEST ROOM imitating living space for verifying products and services. In order to deal with various applications and layouts, furnitures were designed as movable, and we proposed a simple but extensible form of Arc Table / Cloud Table combining straight lines and arcs to ensure layout variation. Production of some furnitures and painting of walls are based on workshops of Sony employees and BRIDGE TERMINAL has been used as open place to Sony from before completion. Not only designing space, but noiz keeps discussing and proposing about how to utilize BRIDGE TERMINAL even now. 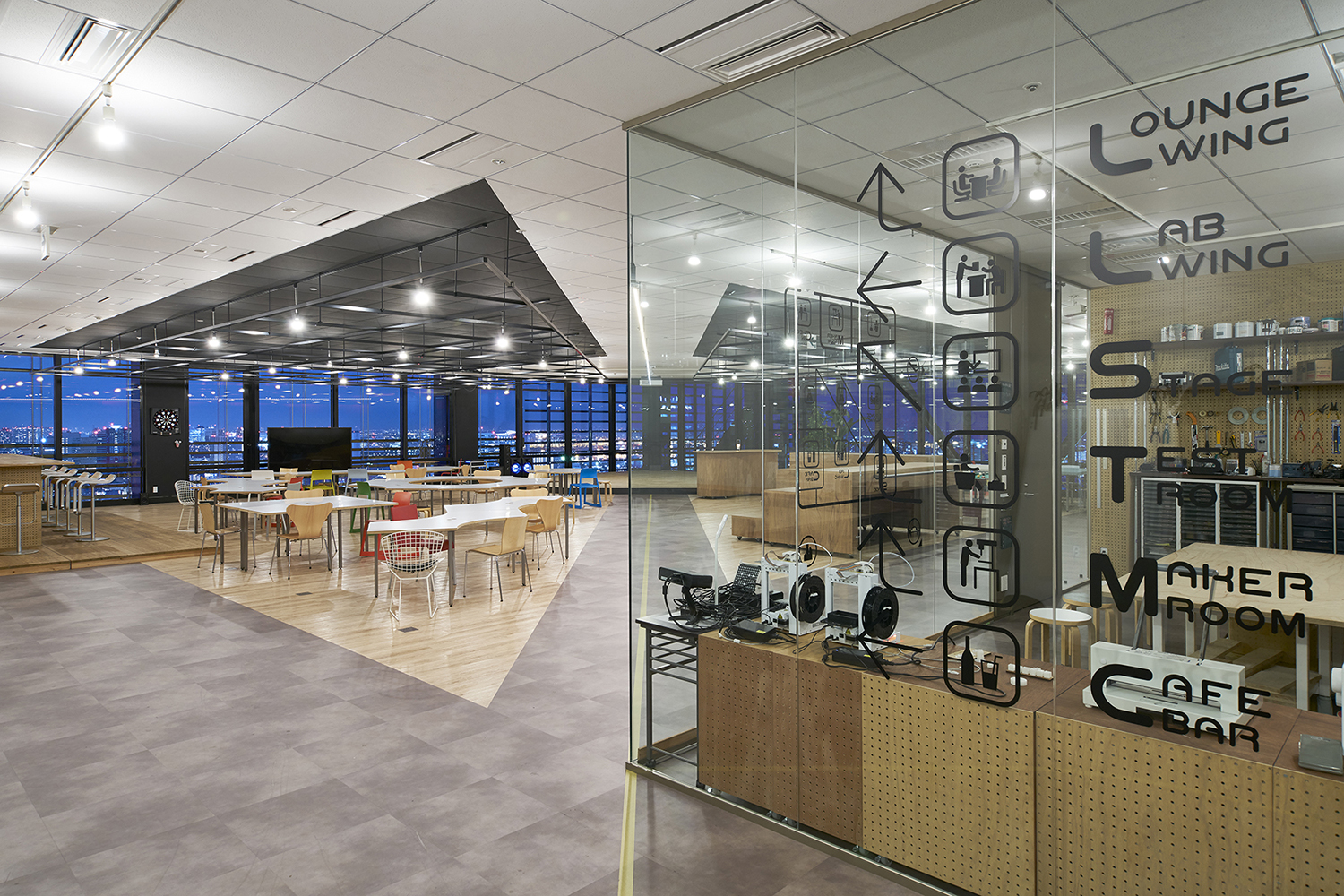 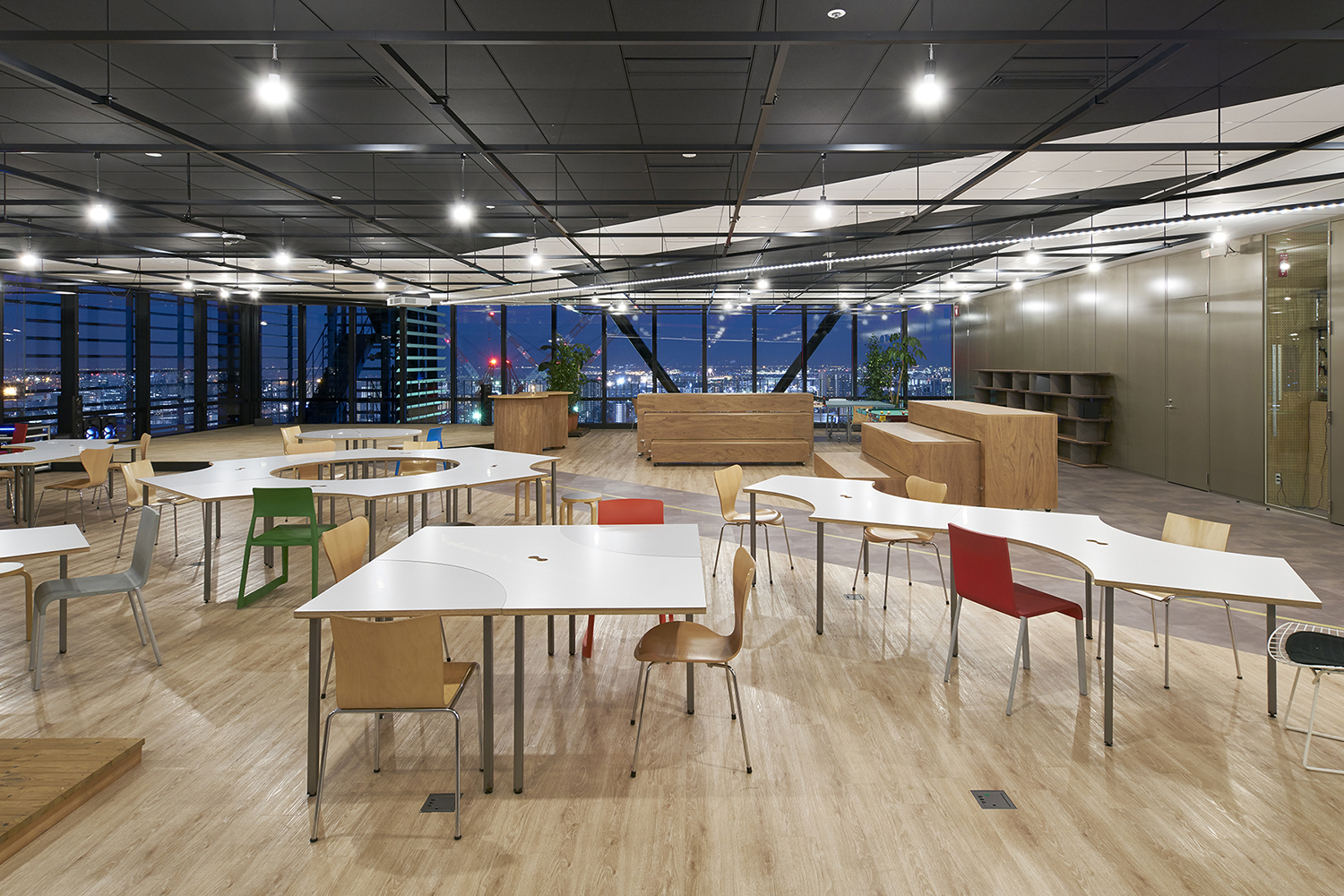 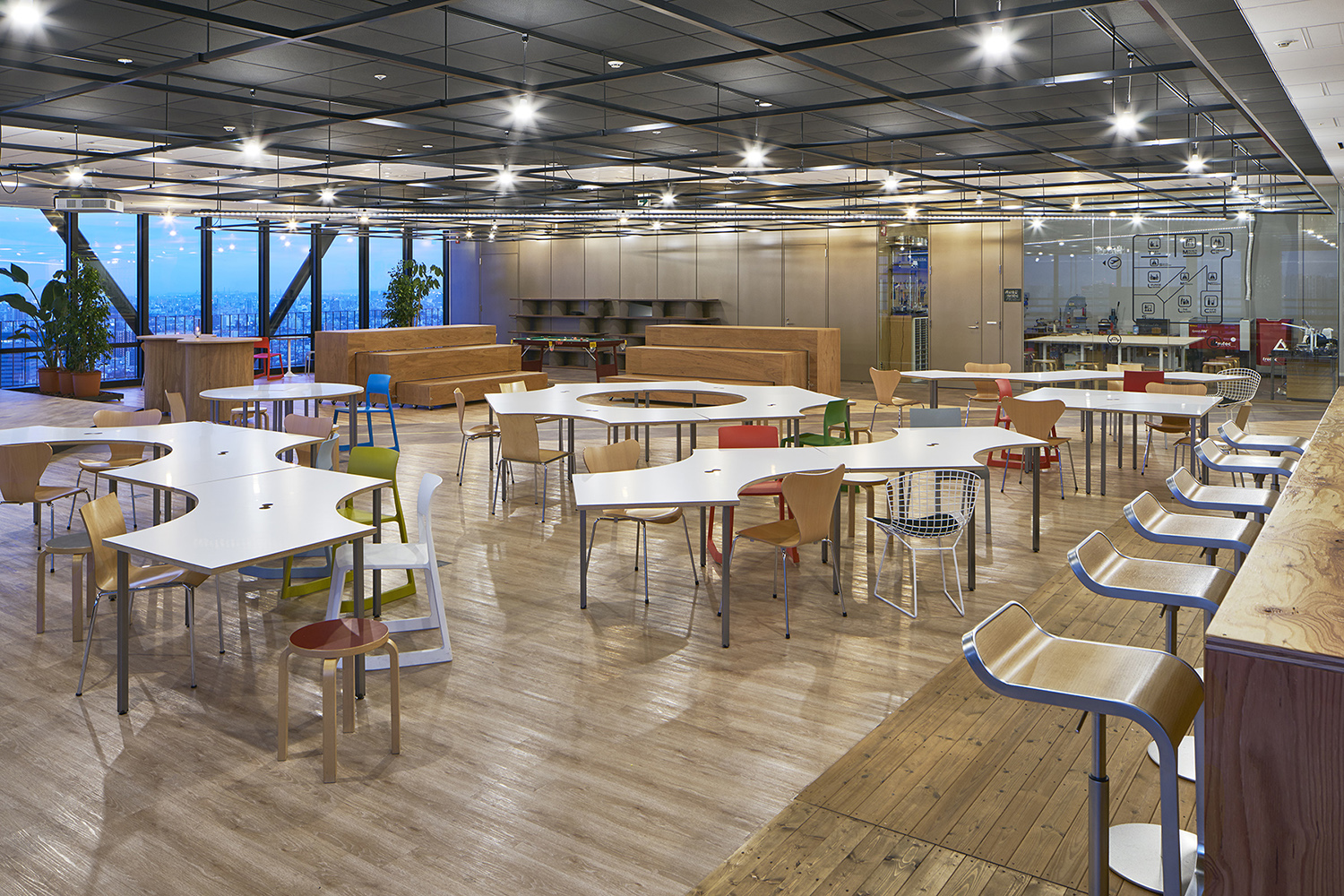 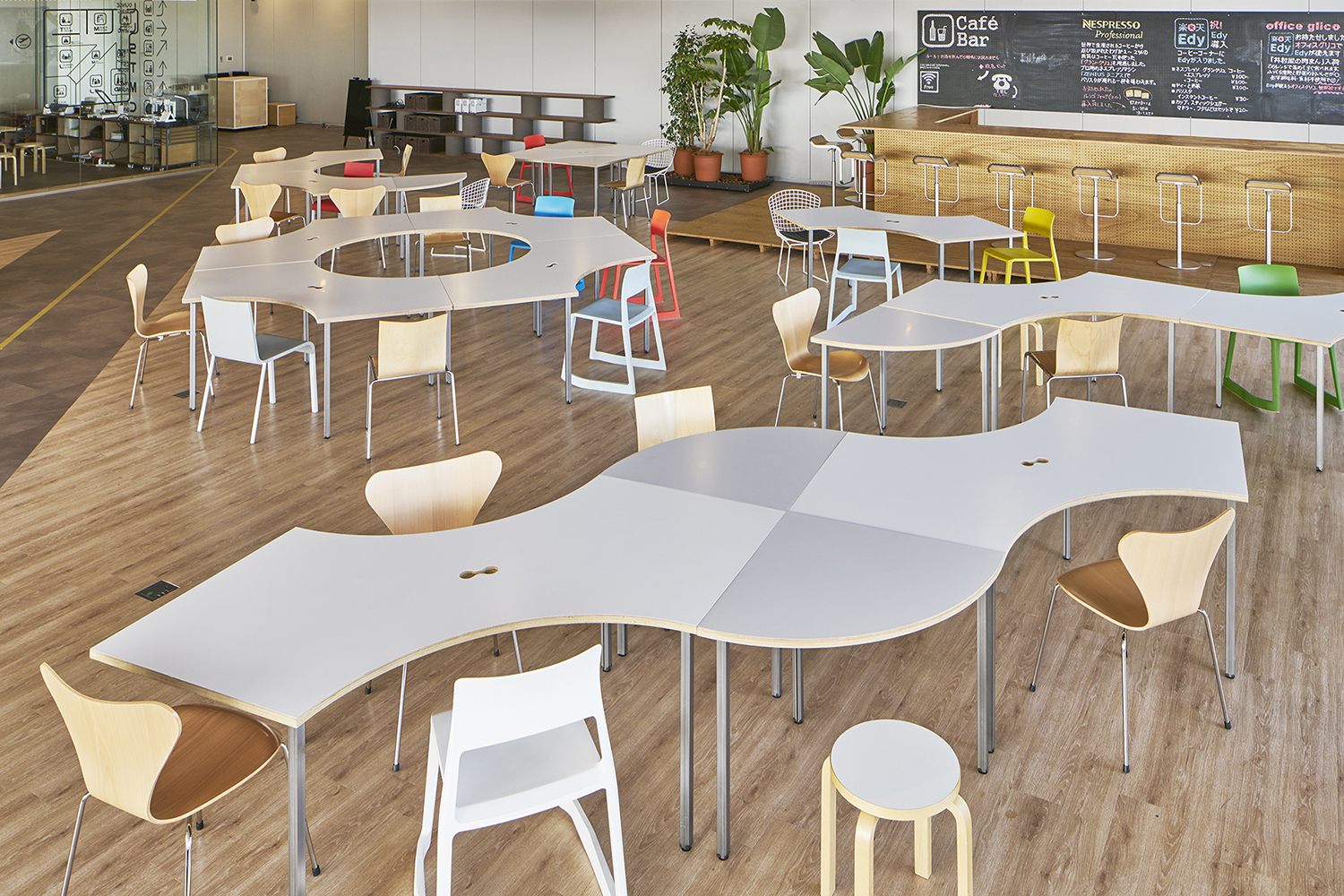 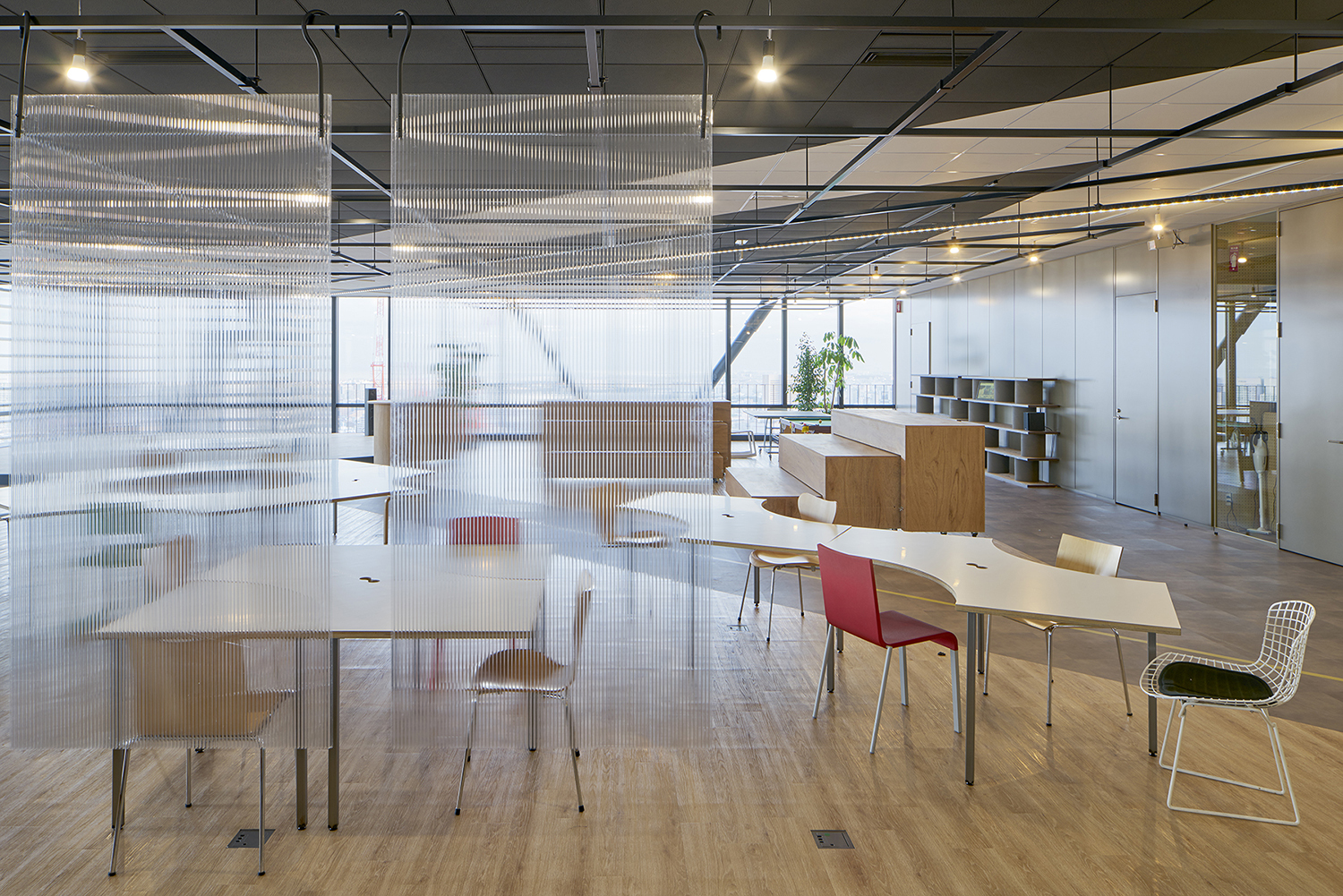 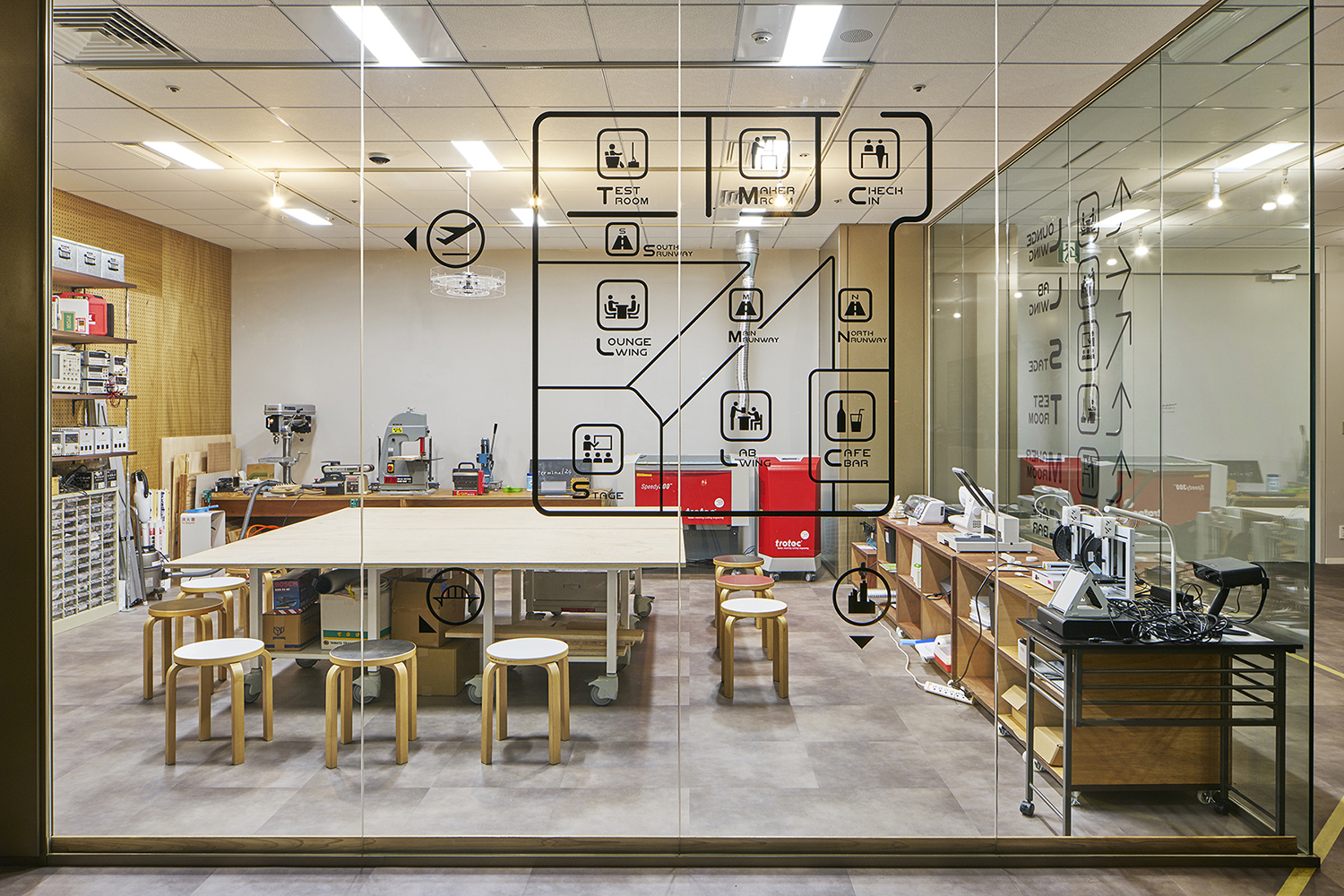 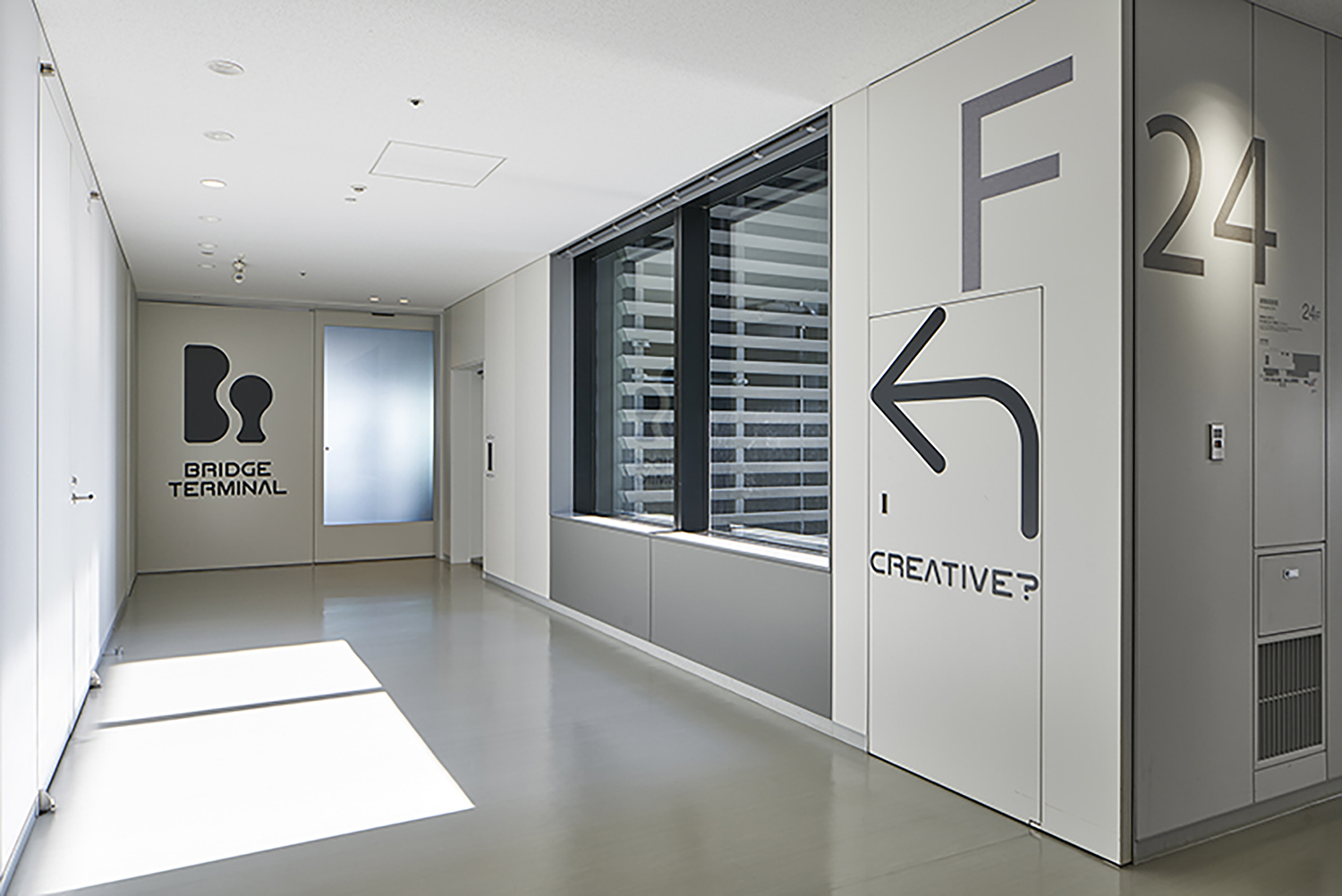 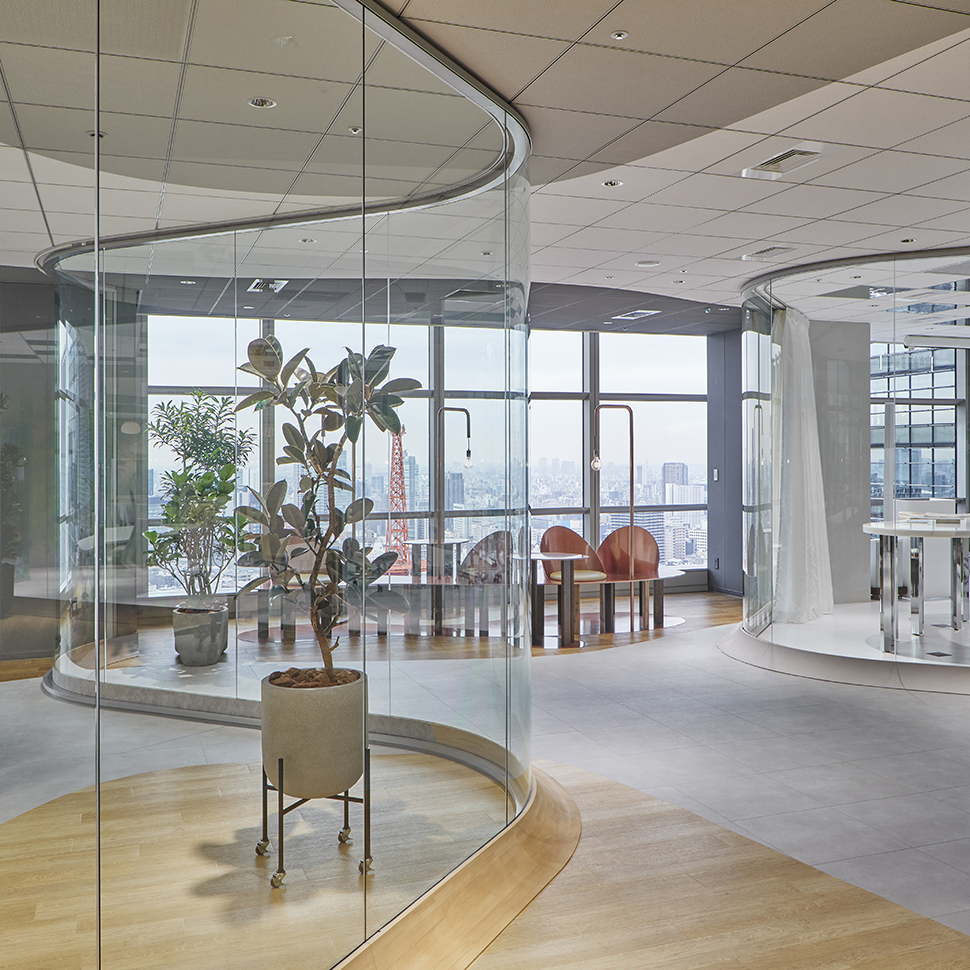 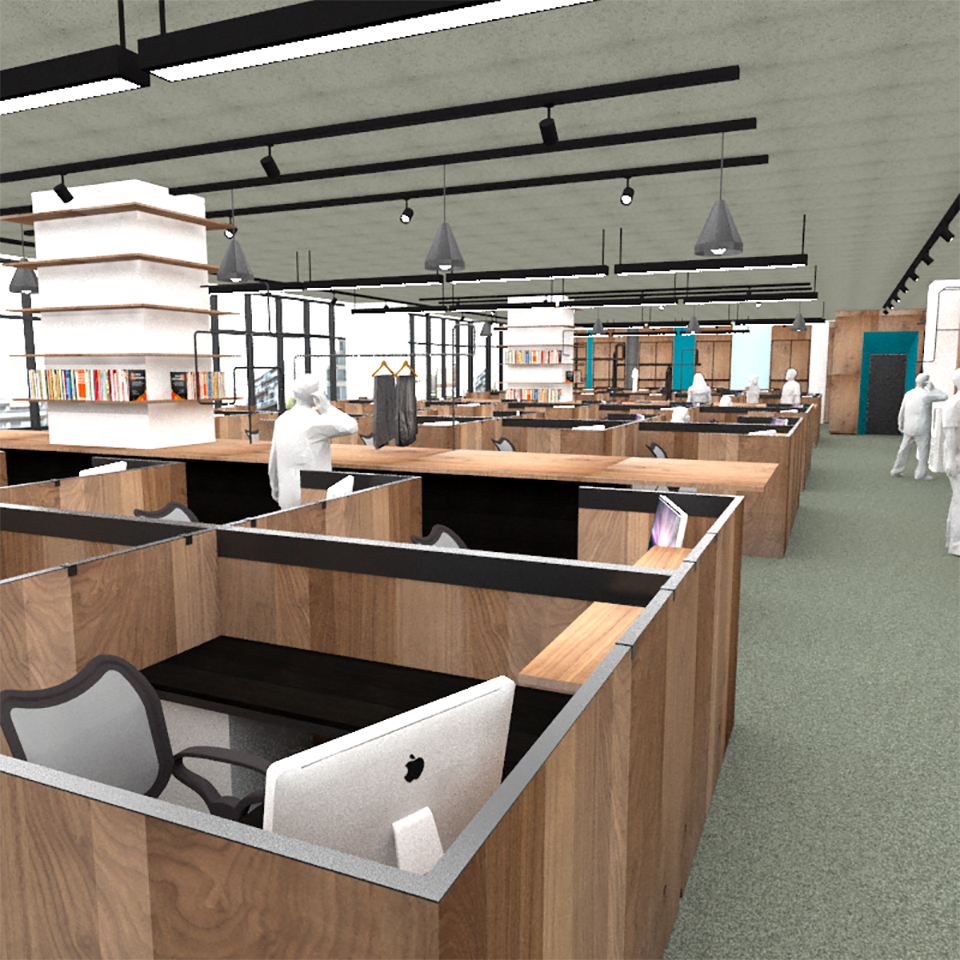 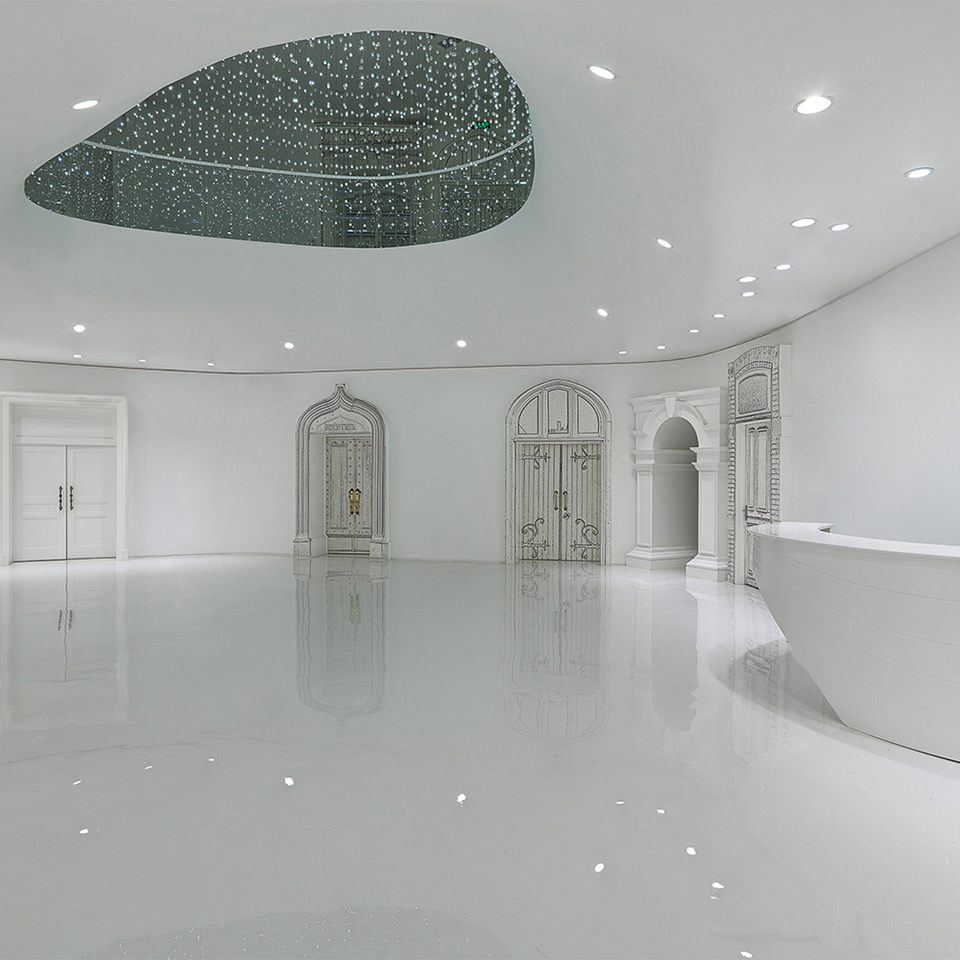